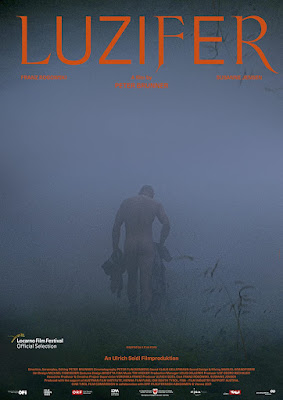 Big day for overheated fans of German actor Franz Rogowski -- and if you're not an overheated fan of Franz Rogowski you just haven't seen him in anything yet! -- as a few bits of news have smacked me in the eye, first and foremost among them that there sexy-ass (literally) poster for his upcoming movie Luzifer. The film is still playing fests -- if I'd have noticed it was playing Fantastic Fest last month I'd have been more proactive about covering Fantasic Fest! -- so no idea when it will get a general release; I'll surely stay tuned, and let you know. (And feel free to zoom in on that poster -- I sure as hell did.) 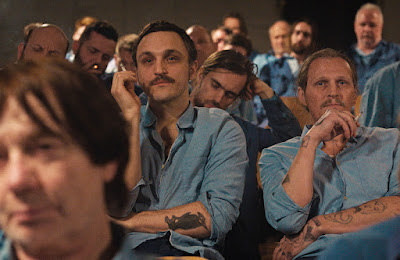 No such worries about another Franz film though, as news broke today that his movie Great Freedom has been chosen to be Austria's selection for this year's International Film Oscar. I told you of this film back in July -- it's got Franz playing gay, huzzah! In prison, which is less of a huzzah, but the story sounds fascinating -- it's the true story of a Holocaust survivor who survived all that only to be jailed after WWII by the government for being gay. So a happy story, then! It does sound like the film's a love story in its way though, involving Franz's bunkmate played by Georg Friedrich. Here's the teaser:
This movie isn't out officially until March 4th of next year but I imagine it will have to get some play in New York and Los Angeles by the end of this year for actual awards consideration, right? Now that it's Austria's pick, I mean. I guess we'll have to see how far it gets. Anyway you have Nathianiel at The Film Experience to thank for all of this news, as he did a "Beauty Break" post over there stuffed with sexy shots of Franz that I clearly recommend you check out. Franz makes my heart and other parts go big time pitter patter. I think I'd possibly swoon old-fashioned style if I were ever in his actual physical presence... 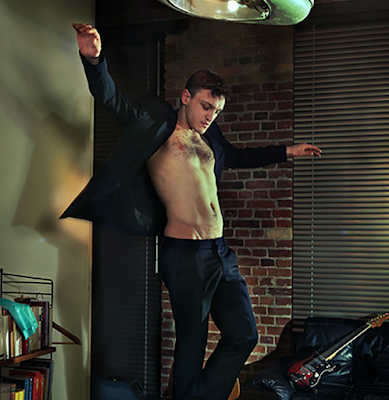 For more Franz Rogowski swoonworthiness, check out "Undine" streaming on Hulu. By the director of "Phoenix", "Barbara" and "Transit". Or the brilliant one-take thriller "Victoria" streaming on Amazon.

If you like short glimpses of naked body parts of Fearless Franz you should watch Victoria, Happy End (Michael Haneke), Fikkefuchs and Frontalwatte (don't know if the latter two films were released in the US).

The Miami Film Festival is showing Great Freedom virtually starting Nov. 5th. 72 hour window. $13. You can watch it from NY.

I'd emailed the PR person for the movie and not heard back so this will gimme my fix faster, I think