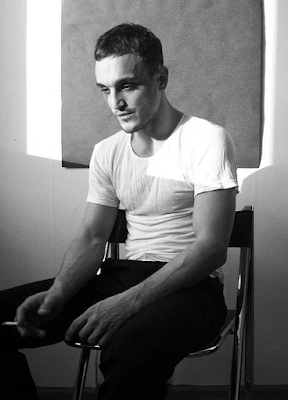 Streamer and theatrical distributor Mubi has closed its first on-the-ground Cannes business, signing a multi-territory deal for Sebastian Meise’s second feature Great Freedom, which premiered here in Un Certain Regard.
... The film, written by Thomas Reider and Meise, is set in post-war Germany and tells the story of Hans (Franz Rogowski) who is imprisoned time and time again for being homosexual. Due to Paragraph 175, which prohibited homosexual acts in Germany, his desire for freedom is systematically destroyed. The one steady relationship in his life becomes his long-time cellmate, Viktor (Georg Friedrich), a convicted murderer.

I also feel the need to share the poster that IMDb's
got displayed right now, because it's totally gorgeous: 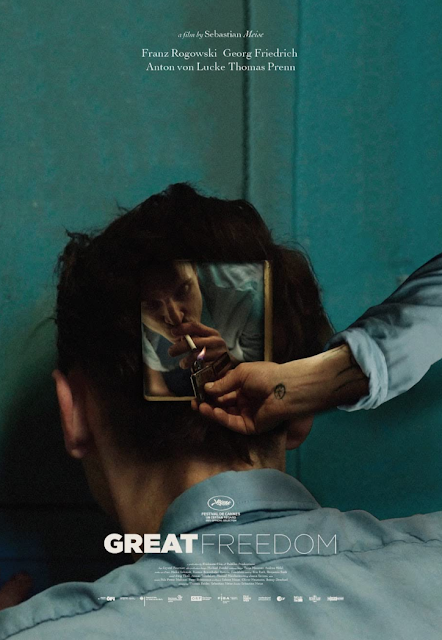 Who? Jason Adams When? 10:47 AM
Labels: Franz Rogowski, gratuitous