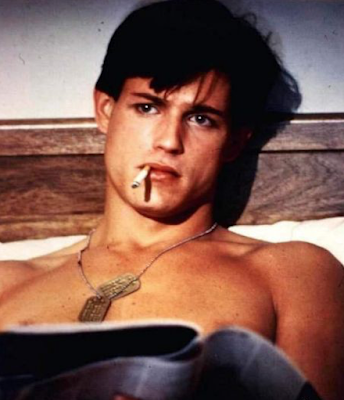 I missed Michael Paré's birthday over the weekend and that won't stand -- not in the year where I first personally discovered the wonders of both Streets of Fire (as seen here) and the werewolf movie Bad Moon (as seen below) -- this has been a Prime Paré year for me! It must be marked! That said it was 2015 when I gave you a really good "Gratuitous Michael Paré" post so that year remains special as well. Between me and Michael. Because there is a "Me and Michael" you see. Anything that's said on the internet is true! No takesy-backsies!

BAD MOON should one hundred percent be watched as a love story between a were-man and a German Shepherd pic.twitter.com/qWEUDgt3KF