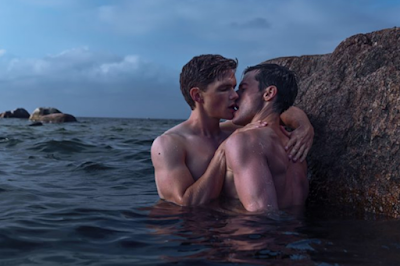 I missed this a couple of days ago because I am, as previously whinged upon, totally buried in Toronto Film Fest stuff and New York Film Fest stuff-to-be, but the NYC-based annual queer film fest called NewFest announced their line-up on Wednesday! Running from October 15th through 26th it's always a blast -- they're doing a mixed in-person and virtual line-up which is appreciated, given there is still a whole damn pandemic happening, but they're showing some really excellent shit so you should check it out! 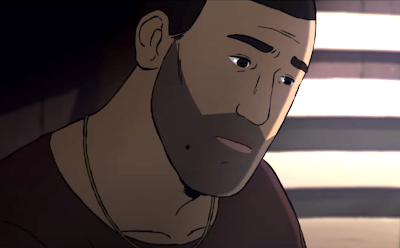 I've seen several of their bigger titles already thanks to earlier fests in the year -- for instance their Closing Night film, the animated Sundance smash Flee -- tackling the fairly timely subject of gay Afghan refugees -- will be gunning for all kinds of Oscars when the time comes and is absolutely worth it. They're also showing Rebecca Hall's masterful directorial debut Passing with Ruth Negga and Tessa Thompson, which I reviewed here, and the rowing team drama The Novice which has a tremendous performance from Isabelle Fuhrmann in its lead -- here's my review of that from Tribeca. Oh and Potato Dreams of America which I liked a lot when it screened at SXSW -- review here. 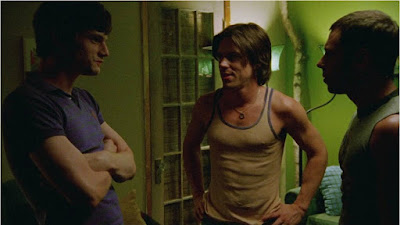 Their Opening Night movie is a premiere doc about Pete Buttegieg called Mayor Pete, natch. And they've also got a few big anniversary screenings, including Truth or Dare's 30th and a premiere of Oscilliscope's just-announced 4K restoration of John Cameron Mitchell's Shortbus, which is turning 15 if you can believe it. (God that makes me feel old.) Anyway head on over to check out the line-up -- tickets go on sale today!
Who? Jason Adams When? 12:41 PM

Which movie is that hot pic at the top of your post from?

The movie is called Firebird -- I have not seen it but the guys sure are hot right? It's screening virtually if you're not in NYC, tickets here

I got tickets for Celts, Firebird, and The Scary of Sixty-First. I'd also seen several of the films thanks to fest being virtual. Any recs?

Nick -- besides the ones I mentioned in the post I haven't seen anything else, so I can't say for sure now. I am nagging them about screeners though so stay tuned, maybe I'll have time to review stuff closer to the fest :)


Will do! The ones I’ve already seen are: Bliss, Passing, Poppy Field, and Potato Dreams of America. I’d recommend all of them to anyone who hasn’t seen them, especially Potato.

I watched firebird yesterday. I loved the movie. That's the kind of story I like. Thank you for taking a time here. Always great things to watch 🥰