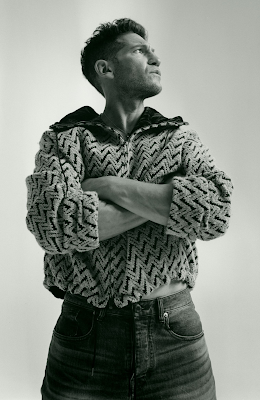 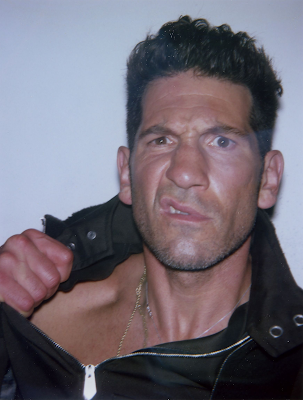 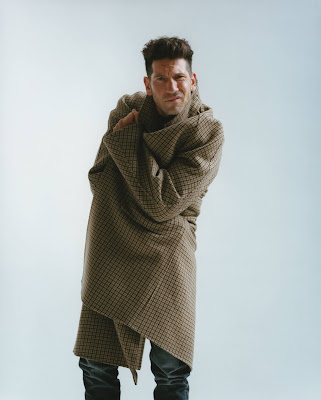 Well speaking of actors in The Many Saints of Newark finally doing press for that film since it's out on October 1st -- as we just did with Corey Stoll's big beautiful bald head on the cover of Rolling Stone -- here's Jon Bernthal for Interview Magazine! I wish there were more than three pictures -- multiply three by two thousand and that's maybe ballpark how many I wish for -- but these three are good ones, and the chat alongside them (he's interviewed by Lena Dunham of all people, apparently a friend) is a good one. My favorite thing I learned from it was that Jon loves to say "fuck" and stars, they are just like us. Jon, you can say "fuck" to me, at me, anytime... ETA here's one more photo via Interview's Insta: 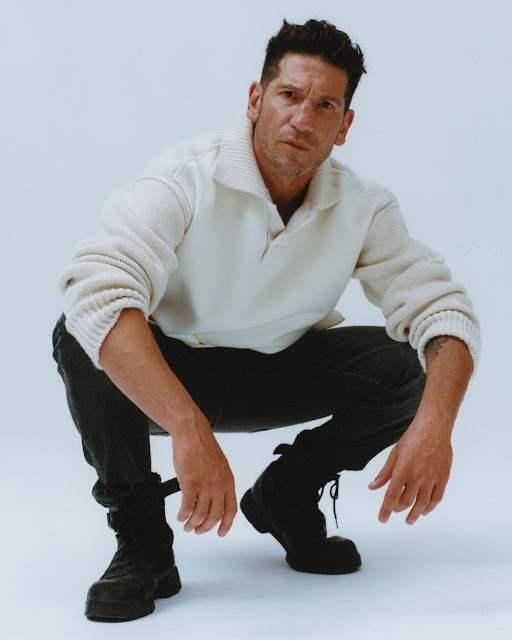