The Many Stolls of Newark 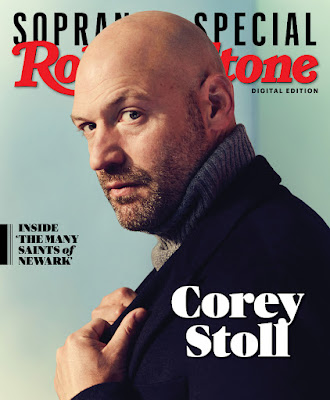 The Sopranos prequel film The Many Saints of Newark hits HBO Max and theaters on the same day, October 1st, and so we've been getting some press finally -- Rolling Stone has the cast on their cover (or at least their digital cover, seen down below) and today gave us a "Corey Stoll's big beautiful bald head"-centric version, which obviously must be celebrated. You can read the chat with the actor, who plays the younger version of "Uncle Junior" in the film, right here; he also talks for a quick second about Steven Spielberg and West Side Story, which is supposedly out in December. The trailer for The Many Saints of Newark is right here if you missed it!

So disappointed John Magaro doesn't get his own cover.