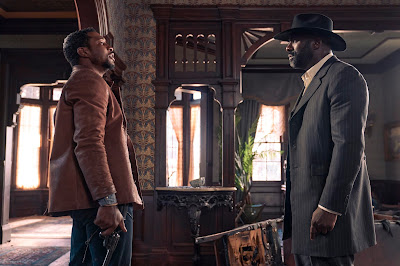 Finally some news on the western film The Harder They Fall with the all-star cast of Idris Elba, Jonathan Majors, Lakeith Stanfield....and excuse me while I take a deep breathe after that Holy Trinity of names... okay, there's more... Regina King, Delroy Lindo, and Zazie Beets, among others! Wowza. The movie has a release date now, which is hitting theaters on October 22 and on then hitting Netflix on November 3.

Oh and they dropped some new stills, as well as a full ass trailer! We posted the teaser back in July right here, but this one today is full ass. I don't know why I keep saying that -- I'm gonna get y'all's hopes up that Idris shows his ass in this movie, which probably is not the case. The man is about to turn fifty and has only really shown his ass once, I doubt we're gonna get more on that front. What am I even talking about? God. Here's the trailer:

You know maybe Jonathan Majors or Lakeith will show their asses. It's possible. A classic western scene always involves those small wooden tubs that people were forced to bathe in. We could have one of those scenes, maybe? And yes I am still talking about this. I'll be talking about this... well I was gonna say "days" but there's no end in sight, let's be truthful. No end! Speaking of ends... okay I'll stop. Sorry. Hit the jump for a few more new photos from the film... 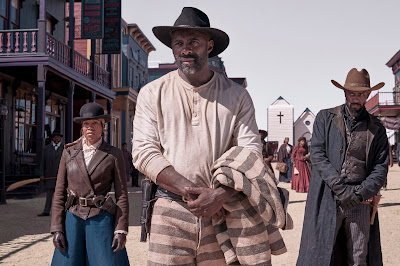 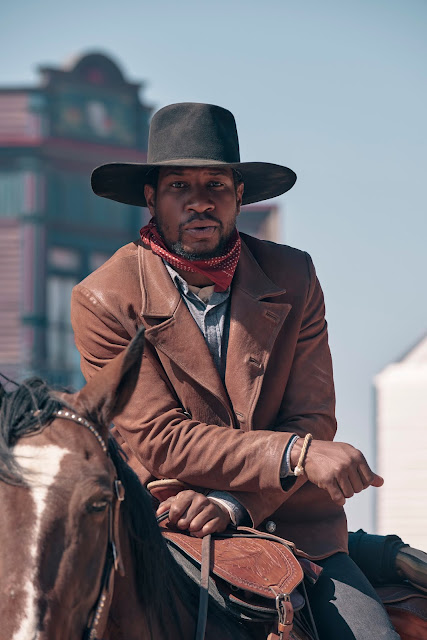 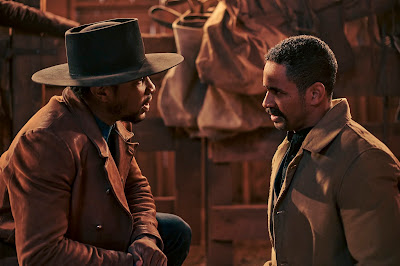