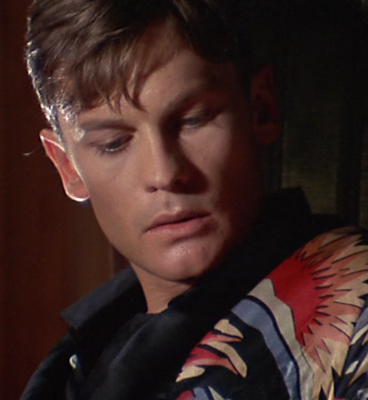 Luchino Visconti's 1969 stab-to-the-eye The Damned, starring Helmut Berger at his cruel-prettiest alongside Dirk Bogarde, Charlotte Rampling (looking absolutely stunning), and Ingrid Thulin, is out on Criterion blu-ray today! You can buy it right here. I only saw this one myself for the first time in the last couple of years and man is it a knock-out -- a lurid Technicolor melodrama about the Nazi elite's perversions it doesn't pull its punches, and will probably offend plenty of you -- as a movie about such things should! Those are clearly offensive things -- like the actual definition. Any fans of the film? Any detractors? Tell me all about it. And here's a photo of note of Berger being friendly with Bogarde at Cannes that year: 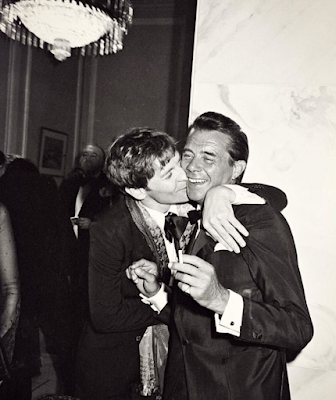 I never knew what language to watch this in. I tried watching the English version but some of the dubs were so bad it was distracting.

I have been waiting for this for Criterion to do their Blu-ray treatment. My copy is coming today. Watch this, then watch Salon Kitty...but stay for the Helmut Berger frontal at the end.

I pretty like it, even of course it’s not a “crowd pleaser” (well, I couldn’t imagine it as a “crowd pleaser”, maybe I’m wrong…). The casting was anyway noteworthy: Bogarde and Thulin were the Stars but Visconti wanted to give a spotlight also to Rampling, Florinda Bolkan and his favourite Berger. For me mvp is Italian stage thespian Umberto Orsini as Rampling’s husband

Haven't seen it and plan to. It's always been on my list.