Because I Could Not Stop For Nanobots 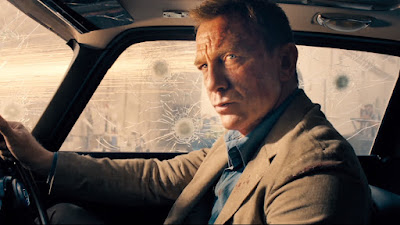 The first James Bond movie I ever saw was Casino Royale in 2006. The character as he stood in pop culture never held any sway for me -- a sexist murderer who loves cars and martinis, great! Right up my alley! But in 2006 Daniel Craig held a lot of sway for me. Fresh off of the killer triumvirate of Enduring Love (by the way RIP Roger Michell) and Munich and Layer Cake, with notable-to-me roles stretching back to Road to Perdition and Love is the Devil, he was becoming one of my favorite character actors at that point, and his 007 casting seemed so left-field you had to take notice. If it was angering the Bond lovers then maybe they were doing something right! And then this happened in the trailer:

And it was history from there. I became a Bond Person then and there, insofar as the Daniel Craig movies were concerned -- I have since gone back and seen several of the earlier installments, including almost all of the Connery ones, and... they're fun? Casino Royale remains my favorite of every Bond film I've seen though, and I can't write that statement as fact without name-dropping Eva Green either, my favorite Bond Girl. The chemistry those two had in that film was off-the-charts. Oh and Mads Mikkelsen! The chemistry Daniel Craig and Mads had was also off the charts. A repertory screening of Casino Royale at MoMA was one of the last films I saw on a big screen with an audience (and with Daniel Craig in attendance!) before the pandemic shut everything down and that movie continues to play like gangbusters.

The Daniel Craig films since that high point have generally been a mixed-bag, but Craig -- even when it's been clear that he was fairly miserable being there -- has always been rock solid (and yes of course I mean that in multiple fashions). The plots got convoluted and who-cares but I always cared about his Bond, a surprisingly vulnerable and tender mass-murderer under all those abs. Which brings us to his fifth and they-say final film in the role, No Time To Die, finally hitting theaters this weekend after ten thousand months of delays. How is it? It's fine!

Don't ask me to narrate the plot or how that entirely relates to the previous films, because I'd be terrible at that -- most of them, Royale aside, I haven't seen a second time. I enjoyed them but these aren't exactly films I revisit. They're disposable pop entertainment to me, and No Time To Die has plenty of that to offer. In a good way. What struck me the hardest with No Time To Die was just that -- this was the first very expensive action film I've seen on a big screen since I saw Casino Royale in February of 2020, and there's something to be said for that spectacle in and of itself. The money drips off the screen -- the costumes and locations and cars and special-effects. I missed the feeling of all of that, and this film absolutely delivers on each one of those fronts. 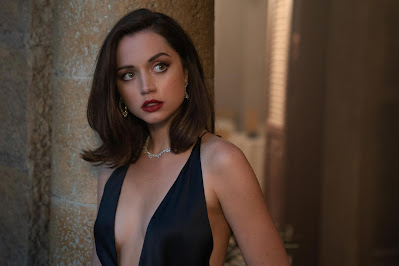 Does it deliver that stuff for far too long? For sure. You can feel the film dragging its heels toward its destination, nobody wanting to say their goodbyes to the franchise, and I'm generous enough and willing to grant them some leeway on that front because Daniel Craig's James Bond has earned it. He's just an absolute pleasure to watch play this role. But No Time To Die is maybe the first time it felt like he was playing it in a vacuum? There are terrific actors all around him -- Ben Whishaw and Ralph Fiennes and Lashana Lynch and Naomie Harris and Jeffrey Wright all get their little moments to shine, and Ana de Armas truly steals the show in her too-brief sequence -- but every role (except Armas) feels deferential to Bond in this film in ways that kind of suck the air out of it.

This is especially noticeable with the two main actors I didn't list above, Léa Seydoux as Bond's main squeeze Madeleine, and Rami Malek as the big villain. The film begins with Madeleine nodding her head towards how she has long felt the shadow of Eva Green's character over her relationship with Bond, and speaking for myself I felt it too -- Seydoux is in it a lot yet she leaves very little impression in the film, and she and Craig don't have anything approaching the crackling chemistry he had with Green. No Time To Die very much wants to be the great romance that Casino Royale effortlessly was, and comes up a hard short there. 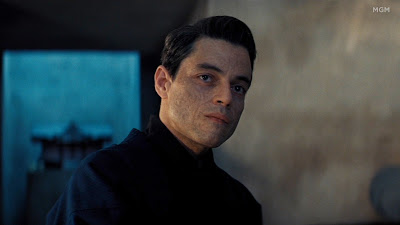 Meanwhile Malek, perhaps (if I am being generous) inclined to tone down his usual parlor tricks after he inexplicably won an Oscar for turning Freddie Mercury into a chattering platter of eyeballs and tics, plays the villain  Lyutsifer Safin as if he's been doped down by his own supply -- heir to a poison throne (yes really), in the last reel Safin shows off his garden of deathly plants, one of which will turn anybody who touches it into a brainless zombie, and I couldn't help but think one of Safin's peons has been slipping that sucker into your tea, dude. It's a lifeless performance with absolutely no logic to his dastardly machinations.
No Time To Die's plot, involving DNA-nanobots, is an utter gibberish disaster -- this isn't necessarily a problem, or it hasn't been a problem in the past, as gibberish can be Bond's stock-in-trade. There's fun to be had in such nonsense!  I get that. But without any through-line as to why Safin is doing the things he's doing -- and the movie literally offers none that I could find save a couple of tossed-off comments about "ehh, power, that's how they do" -- there's a great big cavernous rock-garden where its brain should be. If the movie can't even care why any of this is happening why should we?

But it looks great, it sounds great, and Daniel Craig is everything looking and sounding great one could ask for, and that all might be enough... for about half the movie No Time To Die is anyway. Nearly three hours is too much of an ask, but contradictorily I felt the urge to hang on with Mr. Bond for all of those extra minutes too. Depending on who gets the role next and what direction they take I can probably move on with my life now though, putting such double-oh things behind me, and maybe that's No Time To Die's biggest gift of all. 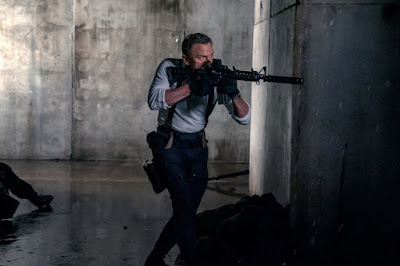 I'm completely in on seeing this but almost three hours screams far too much filler.

Most Bonds have runtime a fraction over two hours (though the Craig ones lean more towards the 2 1/2 mark) and that's plenty of time to tell the story and have plenty of action. I don't want stunts for stunts sake it makes the film feel flabby.

Casino Royale is my favorite of the Craig Bonds as well (Sean Connery will always be the ultimate 007 but Daniel Craig is very close) and I liked Eva Green in it but the best Bond girl for me is the divine Diana Rigg's Tracy di Vicenzo.

you've made me desperate to rewatch casino royale for the umpteenth time; the new one, not so much

I mean...Rami Malek? A Bond Villain? Is this Fukunaga's ode to Denise Richards as a nuclear physicist? BRILLIANT

Didn't realize Fukunaga had a sense of humor.

I thought Lea Seydoux was fantastic here. She was second best in show for me