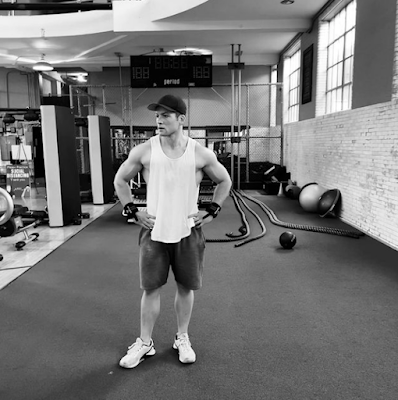 (pic via) Do we have any clue what Taron Egerton is getting into this insane shape for? I've been tweeting out his Instagram-covered workout routine for awhile now in this thread linked here (which began with his role playing a footballer-turned-inmate in an upcoming Apple+ series, posted about here) but this new snap from today is some next level shit. You should click on the above image if you can't quite make out what I am talking about, but here, I'll make it easy for you and zoom in on the bits that matter: 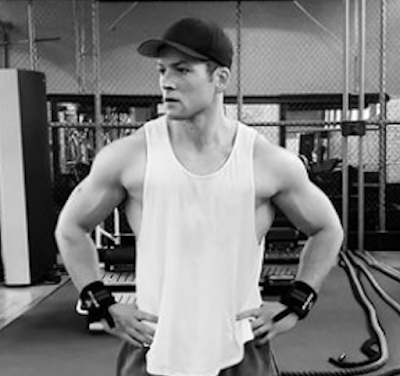 The only future project that Taron has listed on IMDb right now is the possibility that he might play Seymour in the new Little Shop of Horrors musical, and those shoulders are not for Seymour, I can tell you that much right now. This makes me think there could be truth to the rumor he could pick up the Wolverine mantle from his one-time co-star (and subject of one heavily meme'd gif) Hugh Jackman, once Marvel starts churning out their X-Men movies. I might have made up that rumor myself to be honest, i can't even remember, but it's a good rumor! It makes sense! Especially if Taron is now shaped like he is shaped! 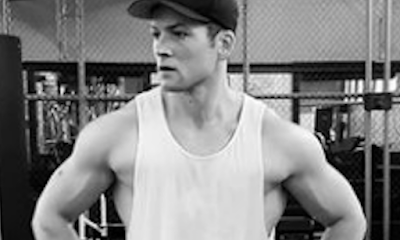