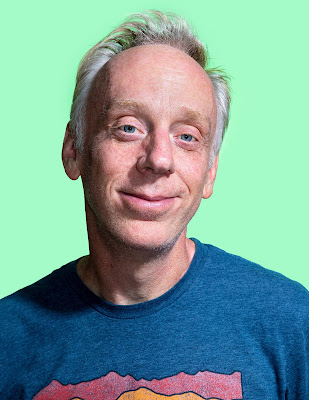 Top tier human, MNPP longstanding beloved, and creative genius Mike White has been enjoying some well-earned success this summer thanks to his HBO series The White Lotus, which y'all know I loved -- I wrote about it at AwardsWatch -- but that usually means nothing; I always love things that flop! So I am pleased as pleased punch that this one seems to be a hit! I mean I have no idea what its ratings are but I've seen people talking about it, with enthusiasm, all over the internet the past few weeks, and that's as important a metric as any now right? Whatever, let me have this. So with good buzz comes write-ups, and White's given a big interview to The New Yorker this week (thx Brad) that I can't recommend highly enough if you've ever been a fan. He talks Lotus, he talks being on Survivor, he talks future projects and then about how he's been putting off doing a third season of Enlightened even though HBO has expressed interest (I KNOW). But my favorite section comes when he describes the gloriously-deranged-sounding show he wanted to make with Aubrey Plaza, and what he then says about the current state of TV alongside it, so that's today's quote:

"O.K., so, I wrote a script that I was really into, for Aubrey Plaza and for me to be in. We were playing ourselves, but it was this weird sex comedy set in Sweden. My character was basically a very predatory version of myself. There were some MeToo elements. The script was definitely poking the bear. And so we went around to all of these streamers, and I could tell people really liked the script. But everybody was kind of afraid to do it. There are all these streamers right now, and there’s all this business. It does feel like there’s a lot of places to go and take the meeting. But then, when you go into the rooms to have the meeting, you realize they all want the same thing. There’s not a lot of incentive for them to try something that feels like they might get criticized for it. There’s a very corporatized thing going on. There’s not that big of an upside to taking on something that would cause more problems than it’s worth.

It was always hard to make stuff for me. But, back in the early two-thousands, I just felt like there were more people running places who were individuals and had their own individual taste and would take different types of risks. It’s not to say there aren’t cool, risky things being made. But, when they type my name into the algorithm at Netflix, it must come out zeroes or something. When I go to their offices, I get no sense that they have any idea who I am or what I’m doing there. You really feel like it’s some kind of Terry Gilliam “Brazil” version of futurist entertainment."

That last bit really gives a good insight into how things are in Hollywood.