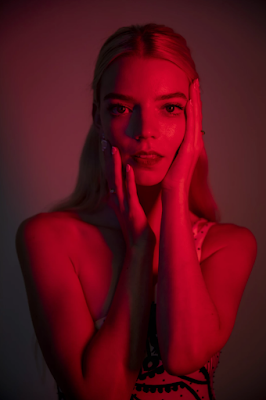 When I was off-line yesterday a big chat with actress Anya Taylor-Joy popped up in the Los Angeles Times that I recommend checking out, and not only because the photos of her alongside are spectacular, clearly riffing off her upcoming role in Edgar Wright's new giallo Last Night in Soho (if you missed the trailer it's here). Anya speaks the above quote after the interviewer rattles off a list of her forthcoming projects, and if you were getting the chances she's getting you'd keep going to. She's got Soho, she's got Robert Eggers' Viking epic The Northman, she's got David O. Russell's new film and then she's got the Mad Max Fury Road prequel Furiosa which will have her playing a younger version of Charlize Theron's character!
Oh and the big news out of this interview, and the entire reason I am doing this post -- I mean I do love Anya, but this is the shit worth sharing -- is that she's also listing Robert Eggers' long long delayed and thought-dead-by-me remake of Nosferatu as still in the works! Eggers has been talking about this since 2017, maybe even earlier -- I posted about it here at that time -- but in 2019 I saw him speak at an event for The Lighthouse and he made it sound as if Nosferatu was dead. So to speak. It sounds like there might be like in ye olde buzzard after all, and this makes me happy. I have come to be wholly convinced that Eggers could do pull off a new Nosferatu. That said everything that Anya has lined up for after Furiosa I am sticking a pin in, because we all know how that Fury Road shoot went! I mean the finished product was worth the struggle and insanity, but let's see how George Miller fares this time around -- that shoot could end up being ten years long for all we know. 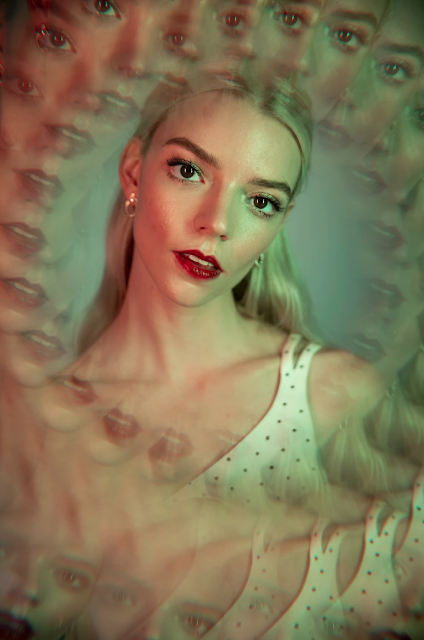