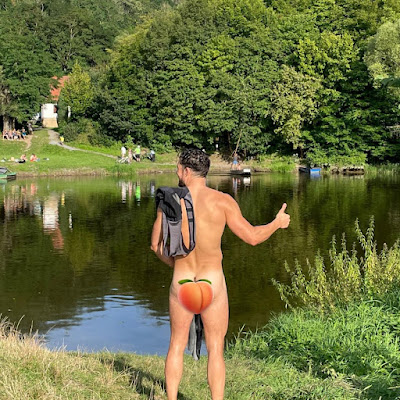 Orlando Bloom took to Insta to show off his peach again, calling to mind that last notable moment back in 2016 (perhaps he's celebrating the five-year anniversary of that momentous occasion) which I posted in two posts, here but especially especially here, don't miss it. And the shot up top today, doesn't it sort of look like the same lake as the earlier exhibitionism? Naturally (emphasis on "natural" as in "Naturalism") the question presents itself (emphasis on presenting one's self) -- where the hell is this lak? Why aren't I there? OK that's two questions presented -- one for each cheek, I suppose.
Who? Jason Adams When? 10:19 AM

He seems fun and playful and nice. I’m not saying he’s the greatest of actors but it would be nice if he got a decent vehicle to show that off.