Putting the Crave in Kraven 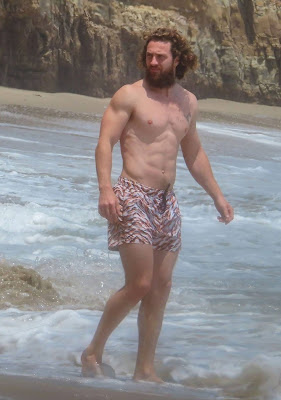 I have to admit that I kind of miss clean-shaven Aaron Taylor-Johnson, but I think we're all going to have to stay used to his caveman look for a good long while given his recent casting as the Spider-Man villain called "Kraven the Hunter," who's mainly known for his abs and his bushy beardedness. Well, Aaron is certainly fitting that bill. (Cut to a million comments saying "he could fit my bill.") Anyway Aaron was spotted at the beach in Malibu this past weekend hanging out with his wife Sam and his fellow actor Gerard Butler (via) -- you know, they could make another 300 movie, this one starring Aaron, I wouldn't be mad. Hit the jump for more... 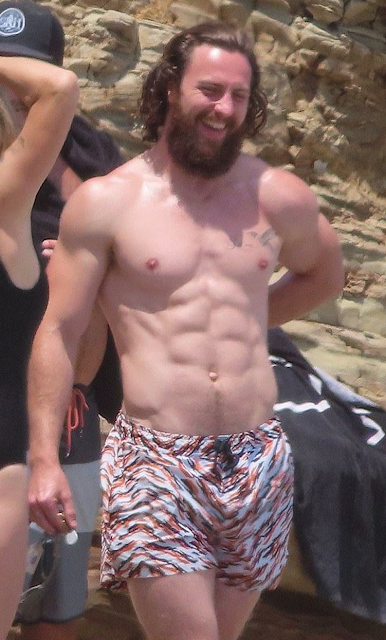 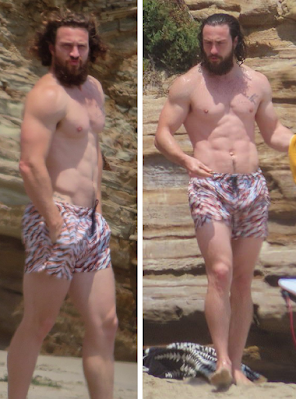 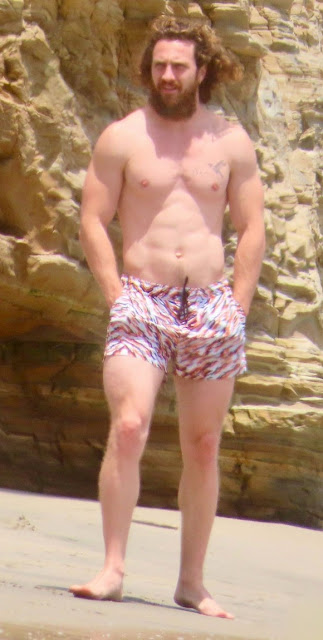 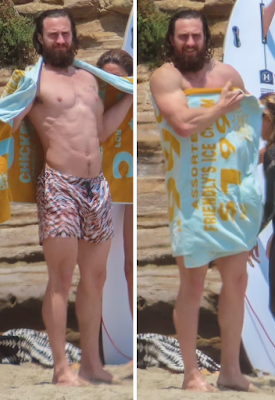 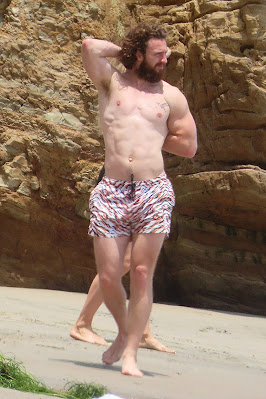 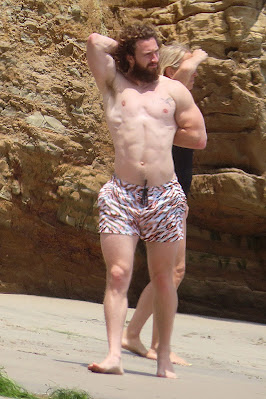 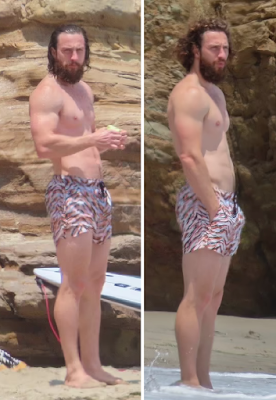 Incredibly good looking. He looked like a sun god in 2012’s “Anna Karenina“