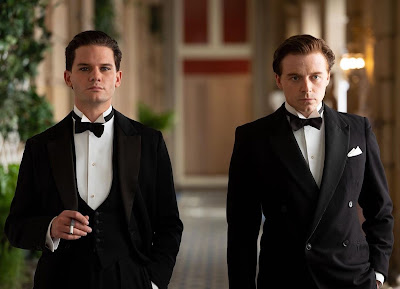 I've been keeping hard track of Terence Davies' forthcoming old-timey gay flick Benediction ever since I first heard tell of it being a thing way back in January of 2020 -- a thing that was going to star hot-ging Jack Lowden as the WWI-vet turned poet Siegfried Sassoon and Jeremy Irvine as his gay boyfriend famous-actor Ivor Novello. You can see all the posts so far here. Anyway it's just been announced the movie will premiere at the Toronto International Film Fest in September, and with that announcement came these two new and official photos of the boys wearing tuxes and looking gorg. I approve this message! 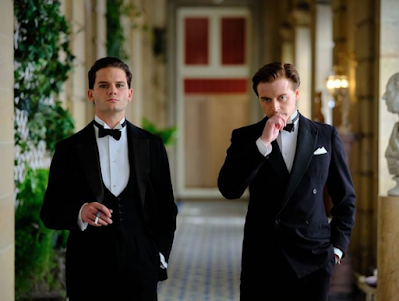