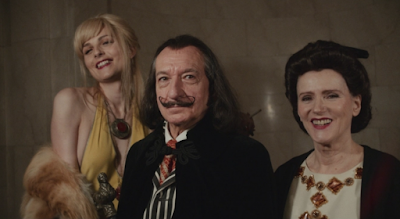 I don't think I knew that American Psycho and I Shot Andy Warhol director and genius Mary Harron was making Dalíland, a movie about painter and bestached bon vivant Salvador Dalí's later years, but there's the proof! (Edit: I did know, and here's an old post about it.)  Deadline's showing off our first look at Ben Kingsley in the lead role but even more importantly the extremely talented former Fassbinder-muse Barbara Sukowa in the role of Dalí''s wife Gala. Here's a picture of the real-life pair: 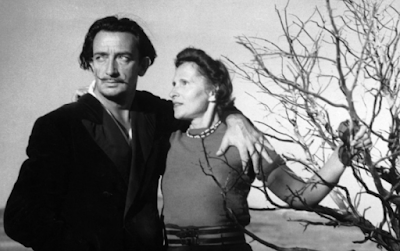 I'd say that's pretty spot-on, ehh? The person you see on the left side of the photo up top is Andreja Pejić playing Dali's muse, the model Amanda Lear -- it's kind of weirding me out how much she looks like Harron-regular Cara Seymour -- right? If you'd told me that was Cara Seymour I'd have believed you. 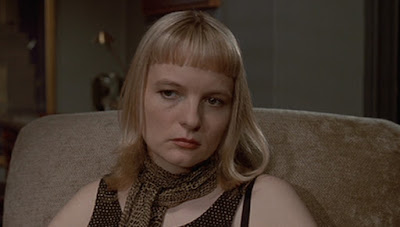 Looking through IMDb it doesn't look like Cara is in this one though, which makes me a little sad. There are other reasons to perk up, though -- playing the young Salvador Dalí in flashbacks is Ezra Miller, which ought to be colorful, I imagine. Also Rupert Graves is in this, playing Dali's so-called "right hand man" Captain Moore -- I'll always take the opportunity to stare at my beloved Scudder! Here's how Deadline describes the plot:

"The movie tells the story of the later years of the strange and fascinating marriage between the iconic Spanish painter and his domineering wife, Gala, as their seemingly unshakable bond begins to stress and fracture. Set in New York and Spain in 1973, the story is told through the eyes of James, a young assistant keen to make his name in the art world, who helps the eccen­tric and mercurial Dalí prepare for a big gallery show."

Which brings us to the apparent leading man of the film, the dude playing this young assistant named "James" -- the actor is named Christopher Briney and he's basically a total newcomer, film-wise; here's him: 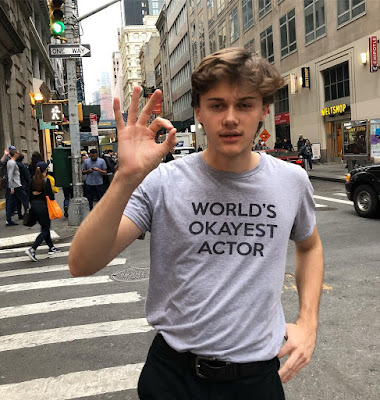 LOL that photo made me laugh, I had to use it -- it's swiped off of his Instagram over here. I'll add a couple more professional photos (via) down below. He looks very young! But there's your lead. And I'm sure Mary Harron chose well. But I'm mainly watching this movie for Mary Harron and for Barbara Sukowa, I am... 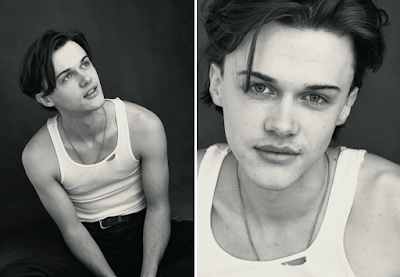 "He has a fine voice,"
"...does a fine job as"
Always my favorite reviews.
Or when it's reported I am doing great work as... a character a different actor is playing.
LOL