The Actor To End All Actors 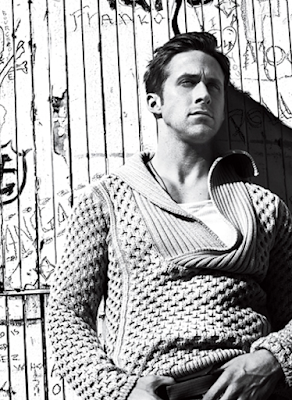 This post mostly exists as an excuse to share a photo of Ryan Gosling -- and for me to get a chance to google pictures of Ryan Gosling, which also paid off on Twitter a minute ago (see below) -- but this is interesting news on his next project, too! Not his immediate next project which is I think the Wolfman movie he's doing with Invisible Man director Leigh Whannell. And not the next one after that which is the CIA thriller The Grey Man with the Russo Brothers (starring opposite Chris Evans and Ana de Armas and Billy Bob Thornton and Regé-Jean Page and Alfre freakin' Woodward). But the next next next one, which is called The Actor, descibed thus:

"Oscar-nominee Gosling will play actor Paul Cole who becomes stranded in 1950s Ohio after a brutal attack. Suffering from severe memory loss, he struggles to find his way back to his life in New York and reclaim what he has lost."

Now on to why I actually care: The Actor is being directed by Duke Johnson, the dude who brought us the brilliant stop-motion animation of Anomolisa alongside Charlie Kaufman. Annnnd speaking of the great and powerful Kaufman, he's just come onboard the film as an Executive Producer. Get some sweet sweet cashola, Charlie, so you can deliver unto us another directorial masterpiece this decade.

Invisible Man was so great. I need to rewatch it.

I just get bored with him. And he picks bland roles and/or he makes them bland. Not horrible, but his Blade Runner role barely had a pulse, without a single memorable line. Imagine what Steven Yeun or Lakeith Stanfield could have brought to that film! I think Drive used his minimalist acting to the best effect, but still, why does Hollywood keep fronting most of their products with these uninteresting white guys? They seriously need to get some people with different backgrounds, new points of view.

I agree with Shawny, but the story behind The Actor does sound interesting. But Baby Goose is dull, dull, dull.

While I mainly agree with Shawny, he was perfect for the Blade Runner sequel (which I loved) - he was playing a replicant so his 'deadness' worked perfectly