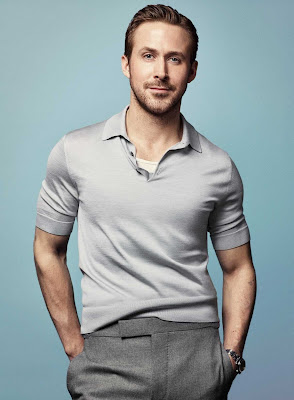 As perhaps you have heard by now Ryan Gosling has been cast in the lead of a new Wolf Man movie -- or is it Wolfman, one word? Either way this is meant to be part of Universal's momentarily stalled reboot of their Monsters franchise, which got good and goosed with Elizabeth Moss' terrific Invisible Man flick earlier this year. Anyway here's the thing, I'm not really an expert on werewolf movies. There are several I enjoy, sure -- the original 1941 Wolf Man, An American Werewolf in London, Dog Soldiers, Ginger Snaps all pop right to mind -- but for some reason I never retain much memory of them. Like I know I've seen The Howling more than once but who the hell ever remembers a frame of what happens in it? It's one of those movies that I go into it every time asking myself if I've even see it and then I watch it and I remember oh it's fine, whatever. Hey Dee Wallace! 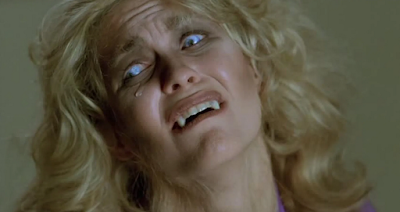 I mention The Howling purposefully there because that's all my self-defense presage to what might be a dumb-ass question -- do blond people make blond werewolves? When I think of Werewolf Movies I think of Brunette Actors -- Michael J. Fox, David Naughton, Katharine Isabelle. It is, to my mind, more of a dark-haired goth genre. Ryan Gosling is a lot of things but Goth ain't one of them. It's not that I'm not open-minded about this -- especially if they hire a director as proficient as Leigh Whannell. Although last time they hired the great Mark Romanek and proceeded to fuck it all up, so. I just have a hard time picturing a Golden Retriever Swedish Werewolf, is all. Anybody else? 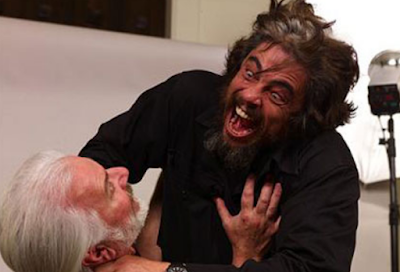 Either go the David Naughton route and be a naked ass werewolf or don't do it at all. No more CGI-ing over cool Rick Baker makeups!

Like I know I've seen -Ryan Gosling - more than once but who the hell ever remembers a frame of what happens -with him in any of his films? - He’s - one of those -actors- that I go into it every time asking myself if I've even see -him- and then I watch and I remember oh it's fine, whatever.
Ryan Gosling is about as interesting as tofu.

Ryan Gosling used to be high on my list of favorite actors. I may be one of the few who didn’t like “La La Land”. While Emma Stone earned her Oscar for the audition speech alone, Gosling’s character was unlivable. Then I saw first man. Ugh! I was looking forward to a movie that celebrated moon landing achievement. Instead we got Gosling as an emotionless jerk. So I’ll be wary of his future movies.

What??? How could you not love Wallace's hunky real-life husband (Christopher Stone) getting his freak on in "The Howling"???

You have convinced me, I need to re-watch The Howling. Aren't there sequels? Maybe I should do a binge of all of them, I am really in the state of mind to distract myself with shittiness today

Christopher Stone having Werewolf Sex is the ONLY part of "The Howling" I remember too.

My question about Ryan Gosling is that he's not really hirsute enough to be a werewolf? Shouldn't we have someone with a chest like, say, Hugh Jackman or unshaved Ryan Reynolds?