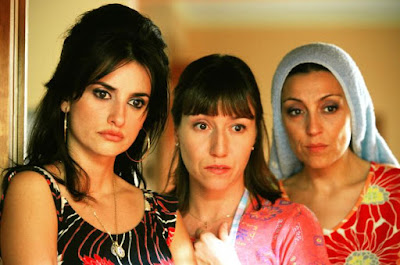 Raimunda: Are there things I should know and don't?
Sole: Oodles.
Can you believe that Volver turned 15 this year? That seems impossible but it ain't, it's possible, probable, likely and absolutely true -- Pedro Almodóvar's Volver was released in Spain on March 17th 2006, so it's already turned. If you are like me, an American person, the film didn't drop here until November (after playing NYFF that fall), but still -- 15 years old! That's nutty. I've really been dying to re-watch it lately as it's been awhile -- not 15 years but maybe 10-ish? Because time is, as I've been getting at here, insane. Maybe I'll re-watch it tonight in honor of Peleope Cruz's birthday -- happy 47 to her! I hope she's celebrating by touching her husband Javier Bardem somewhere under his swimsuit (as would we all). 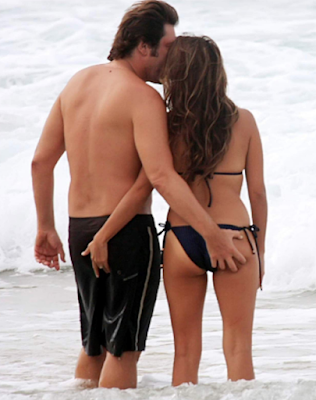