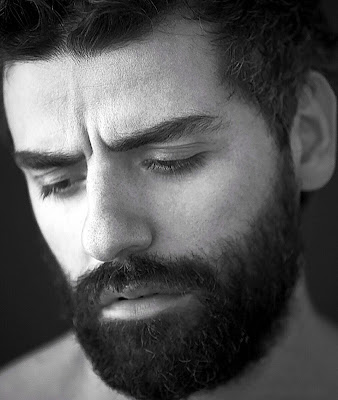 We just got a little update on last September's news that Jake Gyllenhaal & Oscar Isaac are going to star in a movie about the making of The Godfather (with Jake playing famed producer Robert Evans and Oscar playing Francis Ford Coppola) -- looks like there's a role for a girl in there, because Elisabeth Moss has signed on to play Eleanor Coppola, FF's wife (and more importantly, mother to Sofia). And apologies for the assumption but I feel like our Lizzy wouldn't just take a "wife" role at this point in her career -- there's gotta be some meat to Eleanor's role in the script, right? 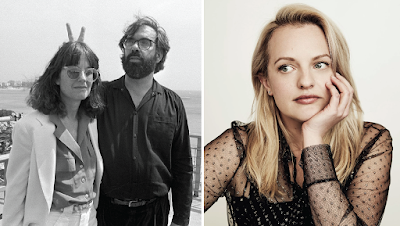 I know very little about the making of The Godfather -- I recognize it as a terrific movie but it's never really inflamed my personal passions enough to care -- so if Eleanor had a big role in its making forgive me for not knowing. I just want Moss to have something to act. Although I could see "getting to make out with Oscar Isaac" as reason enough to take a role, so there's that! 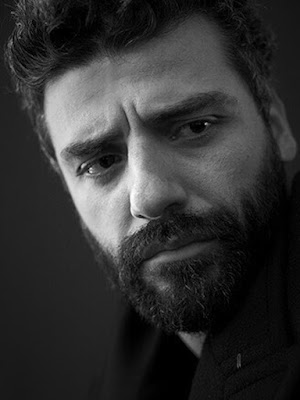 And he'll get to have the beard for this role too! Bonus! Anyway that's exciting -- hopefully we'll hear more casting news soon. Moving on to something else though, related by the  Gyllen-factor -- I've only paid marginal attention to Jake shooting his new movie Ambulance over the past few weeks because the fact that he's starring in a Michael Bay movie confuses and pains me on my insides. I did post a couple photos of him and his biceps on the set once. And he's been spotted again, and I gotta post these ones -- he's all covered in filth and wielding a gun and it's too hot to ignore, I am sorry. I gathered up a batch of them, after the jump... 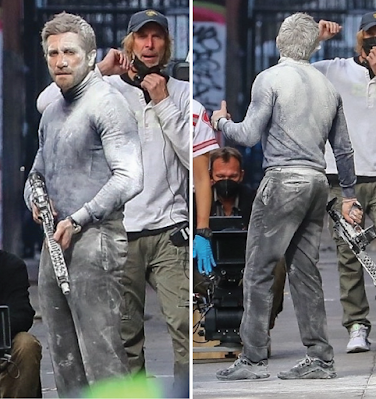 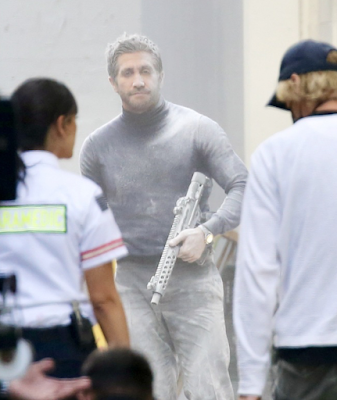 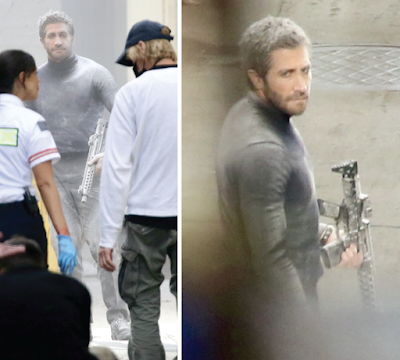 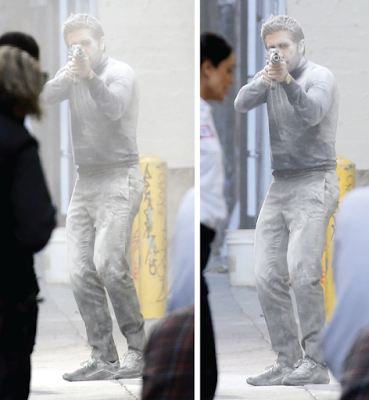 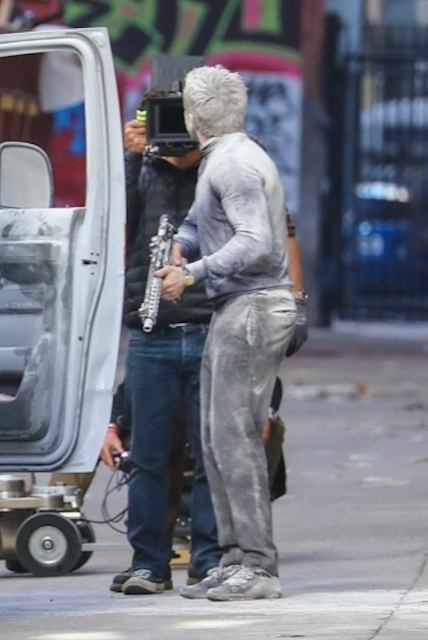 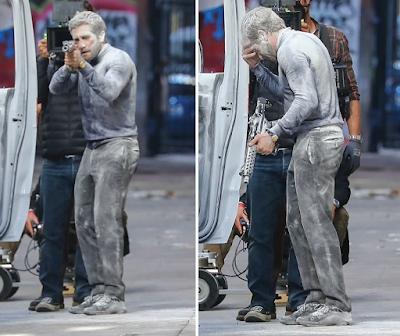 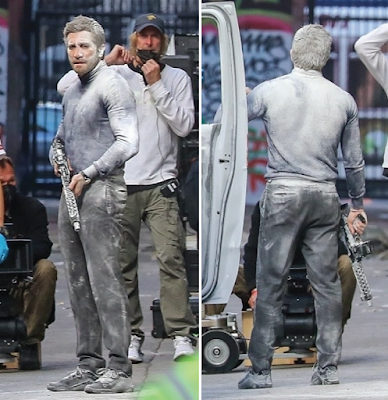 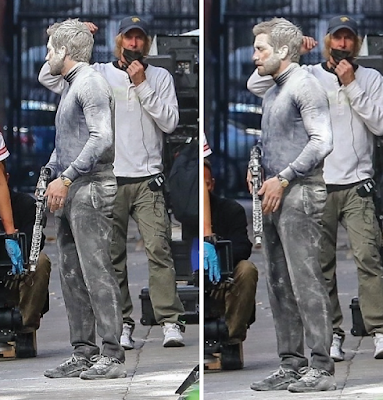 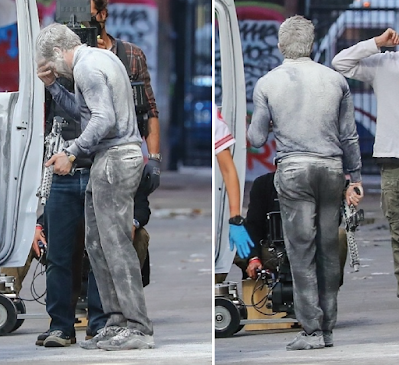 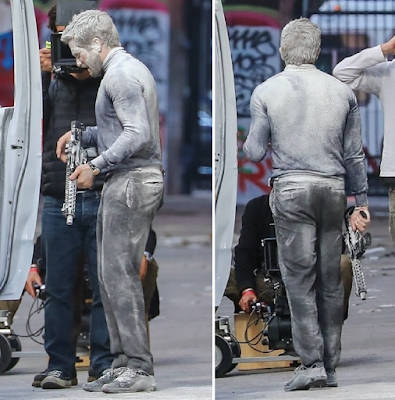 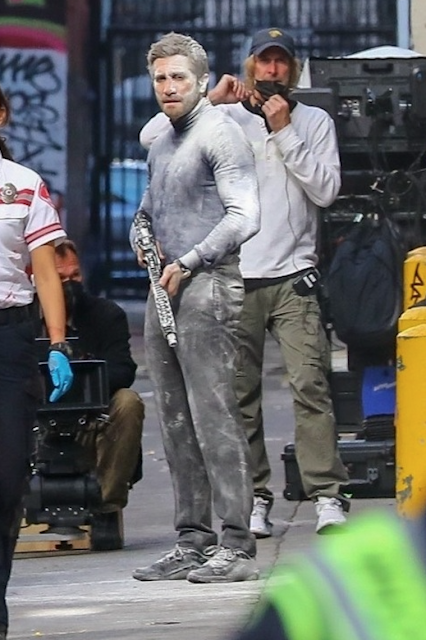