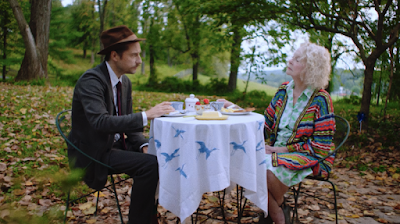 Besides some lingering screenings today of the films that won prizes at Sundance 2021 -- and you can see a list of winners over here; per usual I saw like one of the movies that won awards (and I didn't even like that movie) because my tastes never seem to overlap with such things -- Sundance 2021, the first one I have ever covered, is done. When I get home from work tonight I'm gonna check to see if any of those screenings have tickets left but I doubt it, so I've probably seen all I'm personally going to see. Which was a whole lot. But this post is not actually a wrap-up of Sundance as a whole, because I'm going to have reviews popping up over the next couple of days still, and I'll do a wrap-up once that's done. For now though, this is a catch-up. I shared my first two reviews on Friday -- my review of Human Factors is here and my review of the doc The Most Beautiful Boy in the World is here -- but a ton's gone up since, so let's list 'em! First up at The Film Experience...

... here is my take on John and the Hole, a wicked child fable about a boy and his hole and y'all get your minds right out of the gutter right now! Right now. 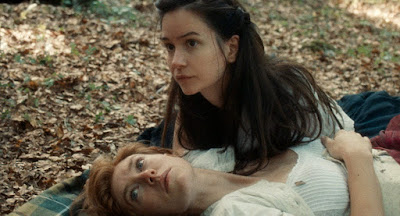 ... here is my take on the period lesbian romance The World to Come starring Katherine Waterston and Vanessa Kirby (plus Casey Affleck and Christopher Abbott as their beards). And yes putting the words "period" and "lesbian" so close together always makes me think of like a moon-cup, doesn't it you?

... here is my take on the doc Street Gang: How We Got to Sesame Street, which is exactly what that title tells you it is. Muppetlicious! 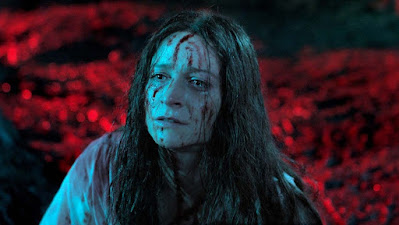 Then we head over to Pajiba, where I've also been reviewing things -- my first Sundance review over there was of the killer horror flick Censor, which played in their Midnight movie series. You can read that one right here. (Psst this was one of my faves.)

... and here is my take on the doc A Glitch in the Matrix, which dives cyber-face-first into the concepts of "Simulation Theory" from the director of Room 237 and The Nightmare.

... and here is my take on the Boyd-Holbrook-starring werewolf flick Eight For Silver, a big disappointment. Boyd barely takes his shirt off! What is this nonsense? 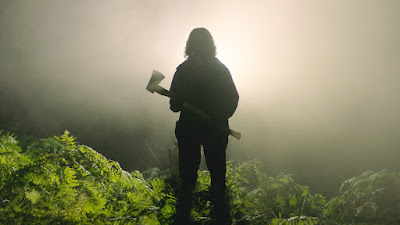 And then finally, for the moment anyway, here's my take on the new Ben Wheatley freak-out called In the Earth, which returns the director to his folk horror roots after the perfume-ad that was his Rebecca re-do.
Anyway that's what's up as of this writing -- there's more
scheduled over the next couple days, so keep your ass tuned.
Who? Jason Adams When? 12:54 PM
Labels: Ben Wheatley, Boyd Holbrook, Christopher Abbott, horror, Muppets, reviews, Sundance, Wachowskis