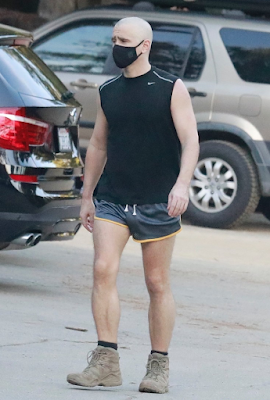 The single best thing about the pandemic (and lord knows there's a lot of competition for that title) has been the discovery of our new favorite fetish, hot guys in masks. I guess "discovery" isn't the right word because I don't know that masks would be so hot without the thing they represent, which is 'I am a good-hearted human being who cares about my fellow man." So I guess they represent the "creation" of a new fetish, one I wouldn't have had without the dire context. Anyway whatever the circumstances Colin Farrell's made another bid for his rightful throne as King of the Sexy Mask-Wearers (after Orlando Bloom gunned pretty hard for it) this week by making another public outing in the mask short-shorts combo that originally bestowed him his crown back in August. 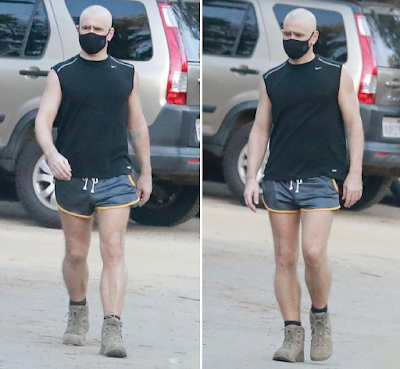 And he's stepped up his game even further by shaving his head, thereby reminding us of his Daredevil-era sex-tape -- all hail the King! What do we think he actually shaved his head for, y'all? I guess it could be his role as the Penguin in the next Batman movie, which is listed as still filming on IMDb, but in the footage from that that we've already seen he did have hair. Not that the character couldn't have a bald reveal! Let's hope he goes full Kimberly-on-Melrose and yanks off his wig at a dramatic moment. (Seriously, say a prayer that that happens.) I'm kind of hoping it's for his next flick though, his re-team with the In Bruges guys (writer Martin McDonagh and actor Brendan Gleeson) though, because then he can be bald and hot at once, which Penguin probably won't afford. Anyway we'll see eventually, I guess -- for right now let's just fix our eyeballs on this fine series of photos today, after the jump... 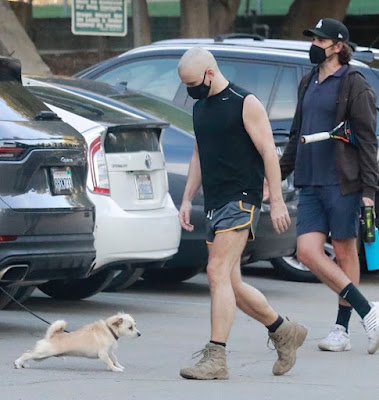 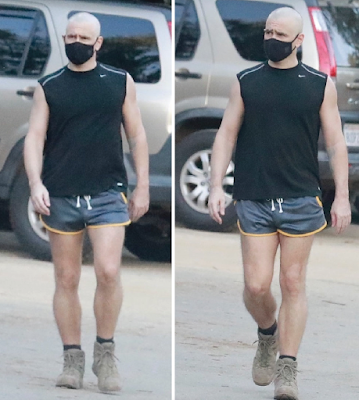 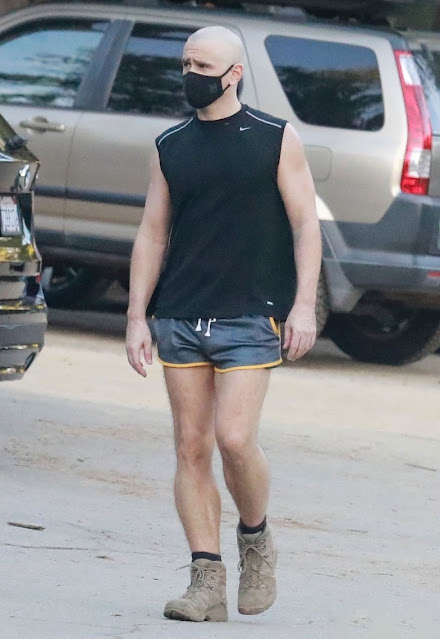 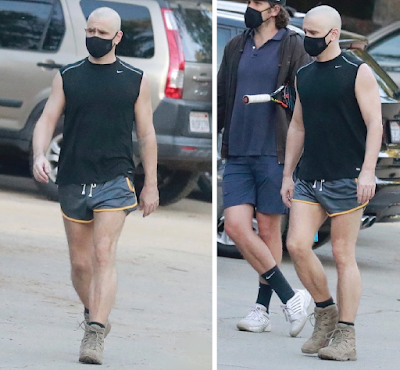 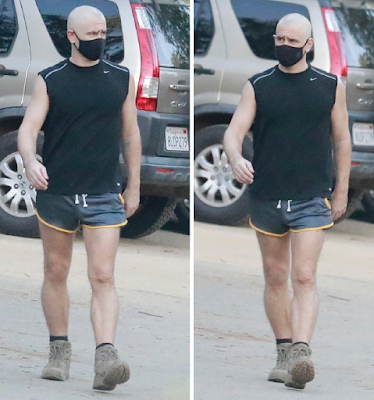 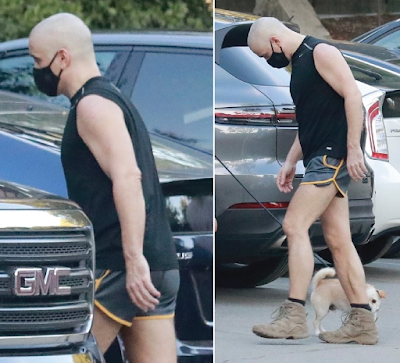 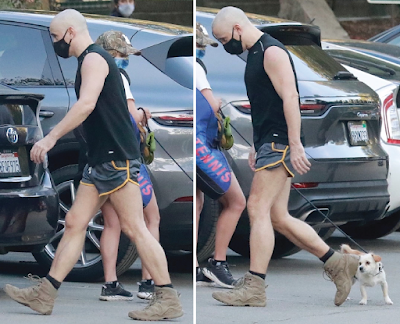 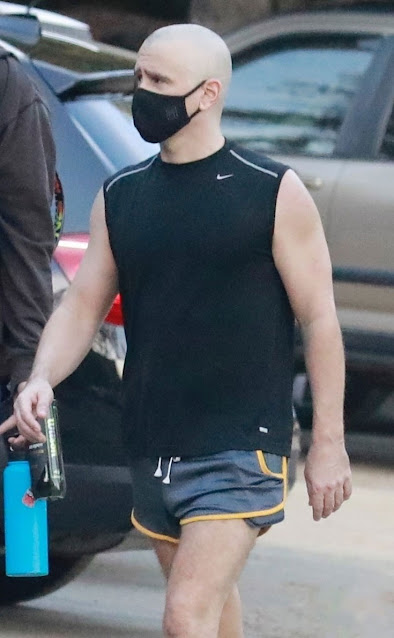