Of Sundance and Supernovas 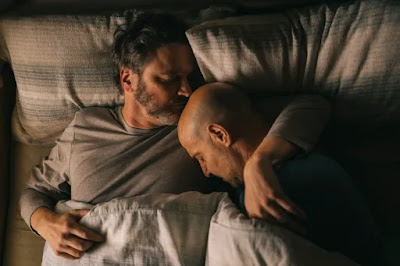 Hello one, hello all! A happy Friday in your general directions. In case you missed my heads-up yesterday, buried as it was in between gratuitous photographs of Miguel Angel Silvestre, well I understand you not noticing any words in such moments. So I'll repeat it here -- I am covering Sundance for the next several days (my first Sundance!) and so proper blogging now through oh I'd say Wednesday will be replaced by sporadic updates on what reviews have gone up where. A better more immediate place for such heads-up -- since you're surely hanging on my every opinion -- is to follow me on Twitter, but I will also make sure to eventually share links to everything here as well, I promise.

But other things first, a non-Sundance review -- my thoughts on Supernova, the sad gay love story starring Colin Firth and Stanley Tucci, also went online this afternoon over at Pajiba, read 'em and weep here. No seriously I made my own damn self cry writing this review, so maybe you'll squeeze one or two out as well. By which I mean tears. Whatever else you're squeezing out don't tell me. (I really ruined that mood didn't I?)

Special thanks to everybody who told me I needed to google more of Human Factors actor Mark Waschke -- YOU WERE VERY VERY RIGHT #Sundance pic.twitter.com/kHAJFBrtP1

But back to Sundance. Utah, you know. As of now I've got two reviews up and out, both at The Film Experience. My first dispatch from Utah-you-know is for a film called Human Factors, right here, which I described as "Force Majeure by way of Haneke." And yes it stars German actor Mark Waschke seen above, although the film doesn't really let on that he is as hot as he looks above. It's not really that kind of role. So watching the movie I had no idea about... all that. Glad I do now, though. Glad I do now.

And my second Sundance review is of the documentary The Most Beautiful Boy in the World, which tackles the difficult life of Björn Andrésen, who played young Tadzio in Luchino Visconti's 1971 film Death in Venice (and who recently played a vital role in Ari Aster's Midsommar). You can read that review right here at this link, and below's the trailer for the movie. He has quite the story to tell.

Kudos for the review, reading them now, will come back with comments... just read it, wonderful as always, posted this comment:

Wow, not an easy life, but I appreciate how you modulated the usual fast pace of your reviews because you were dealing with a living person’s life, not something up on a screen.

Yep, Waschke was very hot and very creepy in Dark. Jason, if you haven't seen that, I think you'd like it.

I'be never heard of Miguel Angel Silvestre but I will try Velvet thru Netflix.