Get Yourself a Treat Today 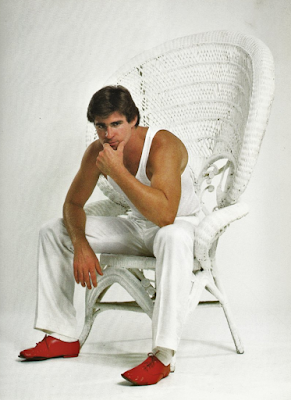 As I told you back in November Criterion is releasing onto blu-ray Joyce Chapra's terrific 1985 Joyce Carol Oates adaptation Smooth Talk, and they're releasing it this very day today, so what better time to take in some vintage Treat Williams. (Not that there's ever a bad time for a Treat.)

Have we all seen Smooth Talk before? I always want to say it's Laura Dern's first performance but having been the daughter of two movie stars she'd been popping up in things well before this one came around, but Criterion is right to label this as her "breakthrough performance" -- it was just that. 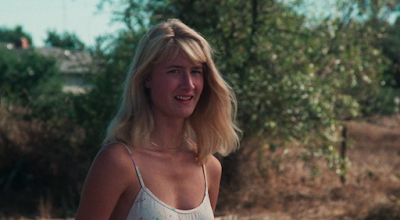 They showed us this movie in high school when we read JCO's story "Where Are Your Going, Where Have You Been?" upon which the film's based and I knew even then (which granted was several years later, I am not quite that old) that I was seeing a Movie Star in the making. And re-watching the film a few weeks ago it was just as clear what a Great Actress we were meeting. She's just as good as I remembered -- aching, terrified, ricocheting between emotions. This is the female equivalent of James Dean in East of Eden as far as I'm concerned. Teenage-hood's essence.

One of my all time favourites!

Yeah, Laura Dern is one of my favorite actresses.