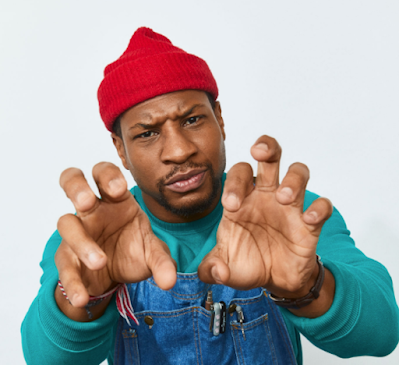 Looks like Lovecraft Country star and owner-of-my-heart Jonathan Majors doesn't want to get out of the Lovecraft business just yet -- no he hasn't signed on for a second season of that show (nobody has since it hasn't been officially announced yet) but he is apparently on the verge of signing up to star as one half of the title of a movie called Gordon Hemingway & The Realm of Cthulhu. No, sadly not Cthulhu. He'll play this Gordon fellow, and if you're getting tickles in your Indiana Jones places that's probably wise as here's how Variety describes the original screenplay:

"... the film is set in East Africa in 1928 and centers on Hemingway, a roguish Black American gunslinger, who teams up with the elite warrior Princess Zenebe of Ethiopia to rescue the country’s kidnapped regent from an ancient evil."

This sounds to me like Indiana Jones minus the colonialist artifact-raiding streak, which seems a smart way to take Movie Adventurers into the 21st century. Or maybe it's just a big goopy monster movie that will finally give Ye Elder King Cthulhu his movie due. Whatever. Majors' Da 5 Bloods director Spike Lee is a producer on this, while See You Yesterday director Stefon Bristol is directing. Majors isn't confirmed for the role yet, it's just a possibility at this point, but then he's not confirmed for Superman either but I'm still putting that energy hard out into the world...

I like Majors but Trevante Rhodes for Superman all the way.