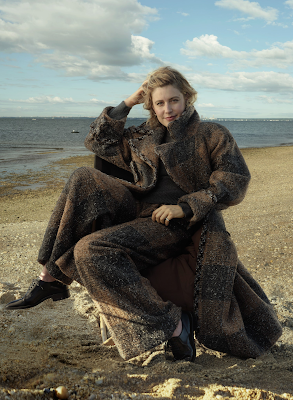 While I know she's been super busy writing and directing and being nominated for Oscars (not to mention NOT being nominated for Oscars she SHOULD have been nominated for) and birthing babies and being on the cover of Time Magazine and listening to Noah Baumbach bitch over breakfast and being a genial-enough lightning rod for conversations about White Womanhood I have still, all that shit aside, been holding out hope against hope that my beloved Greta Gerwig would do that thing that made me fall in love with her all those many many years ago, she knows what thing. So do you. The acting thing. That thing. It's been FOUR YEARS since we've seen her blessed face on-screen, four years since she gave one of her best turns in Mike Mills' masterpiece 20th Century Women. Okay... 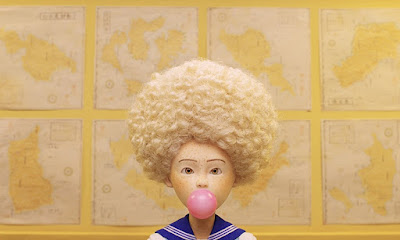 ... she did voice that strangely afro'd Wes Anderson character between then and now but that doesn't much count, entertaining as it might've been. So yesterday's big news, involving yes her husband and yes her husband's on-screen avatar slash Star Wars Action Figure, and yes the big-screen adaptation of a famous book by a beloved author, is really to me all about her. Greta Greta Greta! The news anyway is that she's going to co-star opposite Adam Driver in  Noah Baumbach's White Noise, adapting Don Delillo's 1985 book. Here's the book's synopsis off Amazon:

"White Noise tells the story of Jack Gladney, his fourth wife, Babette, and four ultra­modern offspring as they navigate the rocky passages of family life to the background babble of brand-name consumerism. When an industrial accident unleashes an "airborne toxic event," a lethal black chemical cloud floats over their lives. The menacing cloud is a more urgent and visible version of the "white noise" engulfing the Gladneys-radio transmissions, sirens, microwaves, ultrasonic appliances, and TV murmurings-pulsing with life, yet suggesting something ominous."

I'll just admit I haven't read White Noise right upfront, although yes, I'm poseur enough that I ordered a copy online within minutes of hearing this news yesterday. But what do y'all think of the book? And these people attaching themselves to the book? The film is supposed to shoot in July.

I read it quite a while ago and remember it as a pomo cross between social satire and campus novel. It's very clever, but at the time I preferred more heart-on-one's-sleeve kind of stories, so it wasn't my cup of tea. Alas, the years have made me more cynical and I could see it landing a lot differently after the year we've had.

White Noise is one of my favorite novels, and the book that made me a Delillo devotee, though I grant that his style is one folks either love or hate. I haven't read it in a while, but I have a feeling it's aged quite well considering the world in which we now live.

I read White Noise every few years — I usually can sense when it's time — and it always reconfigures itself to what is happening right now.