Double Back to Demonlover 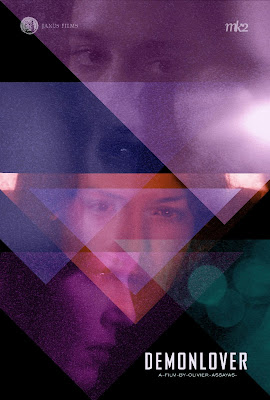 How totally odd -- less than 24 hours after I did a post about Olivier Assayas' film Demonlover for his birthday comes word that Demonlover is getting a 4K restoration re-release next month thanks to the fine folks at Janus Films (and also Film at Lincoln Center here in NYC). I managed to avoid the subject yesterday but two dips into Demonlover territory so fast forces my hand, making me admit I have not ever seen Demonlover! I know! I am repulsive! The corporate spy thriller, which stars the killer trio of Gina Gershon, Chloë Sevigny, and Connie Nielson, will hit FLC's streaming service on February 12th, and they've dropped a new trailer, seen below. I suppose I've got to finally see it this time, huh? (And I wonder if this means it's getting a Criterion release?)
Who? Jason Adams When? 2:57 PM
Labels: Assayas, birthdays, Gina Gershon, trailers

So excited, this has been missing from streaming for years now.