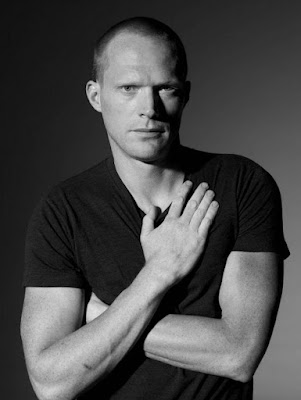 It's been a good few months for anyone -- i.e. anyone with eyes -- who appreciates the sight of Paul Bettany wearing tight 70s clothing, thanks to his gay uncle movie Uncle Frank (see more here)...

... and thanks to this past week's third episode of WandaVision, which was set in the 1970s. Or set in the sitcom version of the 1970s, or whatever you want to call it. All I know is it turns out Paul wears that era's ridiculous fashions maybe better than anyone I've ever seen, and should go looking for more 70s projects immediately. 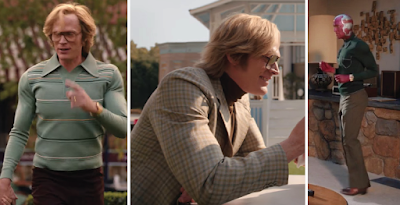 As for WandaVision this I suppose is my first admission here on the site proper that I am indeed actually watching that show -- are you? I was simultaneously bored and intrigued by its first episode but the second my beloved Emma Caulfield (aka Anya on Buffy) showed up as the queen bee neighbor I was all in, unreservedly. The show can do anything, literally anything, now -- it hired Emma Caulfield. It's gold. (Sidenote: really ashamed I didn't put together this bit of Buffy-adjacent geekiness.)

As with most things Marvel I am only mildly involved with what I'm watching otherwise -- it's fun and a solid goofy distraction, and I do like falling down some of the nerdier rabbit-roles about what's going on (there's a massive piece in THR today that seems to think they've sorted out the next Big Bad for the MCU thanks to the show), but it's in one ear out the other for me, and I pretty much forget what happened ten minutes after it happened. That said if they want to fulfill my single Marvel Wish, I sure won't argue...

The concept of this show, as far as I understand it, opens itself up to the return of a CERTAIN SOMEBODY though doesn’t it? I’m gonna be mad if it doesn’t happen #WandaVision pic.twitter.com/aV9ioNYAeT

as you are for emma caulfield, so am i with kathryn hahn. excellent cast. i have no idea, nor do i care, what the back story is or where it lives in the marvel universe, but it seems to enjoy itself so good enough

I adore Hahn as well. And that uber-nerdy piece at THR I linked to implies we should expect LOTS more from her character, which made me happy!

It's about time Emma Caulfield got something, Anya was my favorite (Bunnies are scary), with Faith a close second. But I can't pay as $14.99 for Disney+ when this is literally the only thing I'm interested in.