Nobody Beats The Riz 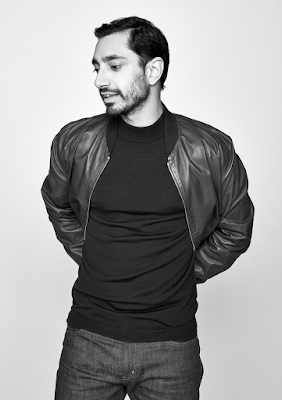 Riz Ahmed's "shirtless drummer going deaf" movie Sound of Metal is on Amazon today! I've been squawking my squawk-box about this movie ever since that first shirtless photo showed itself months and months and months and months back -- last August actually! -- when the film was set to premiere at Toronto, 2019. From then all the way up until this past Tuesday when I shared with you the photo of Riz in his underwear on the set MNPP has been creaming its stylishly punk ripped-up jeans over this flick, and yet and yet I don't think I'm going to write a review? If you've heard anything about the movie you've heard that 1) Riz is very very good in it, and 2) that the sound design, which puts us inside his character's head as he loses his hearing, is astonishing. 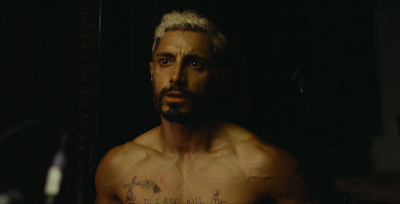 And both of those things are very much true. I do have to admit I was a little less enamored with the film as a whole though -- I just don't have a real high tolerance for twelve-step-program-ish movies, even ones that allow for as much needed cynicism about them as this movie does. It's all well-done, I just never really lost myself in the watching of it. And since that feels like it's more about my own bullshit than the movie's in this case, I'm not going to review it. You all should watch it though, you'll probably love it. if you watch it come tell me your thoughts please!

Always prayed I'd see Riz Ahmed with Gism on his chest pic.twitter.com/EvgsOY52jf

Yeah, I couldn't finish the movie. Very formulaic. I couldn't take my eyes off of Riz tho. He's got IT. Not sure why Cooke's eyebrows are dyed blond. That was super distracting. Super.