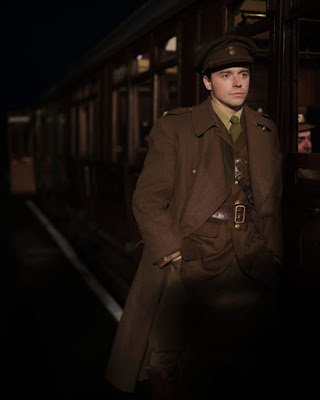 Oh and speaking of beautiful actors in uniform (as I just was five minutes ago) former Dunkirk Twink and current Saoirse beau Jack Lowden has just shared with us this the first photograph of him in the movie Benediction, a movie which we're real excited about! We posted about it back in January when it was first announced (ha, remember January? Me neither) -- it's the new film from Terence Davies, and it has Jack playing WWI-fighter turned poet Seigfried Sassoon. The important bit being that Sassoon was gay and had an affair with the actor Ivor Novello, which brings me to the following news which I'd missed until now... 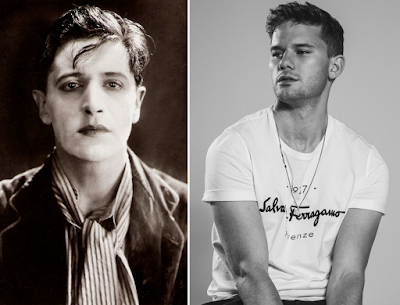 ... that Novello will be played in the film by the actor Jeremy Irvine. In fact I'd guess the following photos that Jeremy posted five weeks ago on his Insta were probably from the filming of this (Deadline reports today that filming has just now ended, after COVID delayed everything) giving us a look at him in character: 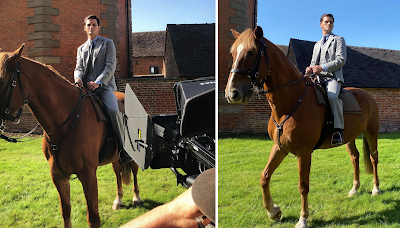 Also of note! Siegried Sassoon also had an affair with an actor named Glen Byam Shaw, who was Ivor Novello's former lover -- it's not really surprising that these things got incestuous, because things still get incestuous in the gay community even now and it's far far easier to find other homosexuals now than it was back then. Anyway Shaw is a character in the film too, and he's being played by Tom Blyth, a relatively new young actor, but Blyth's Instagram offers us a look at him in character too: 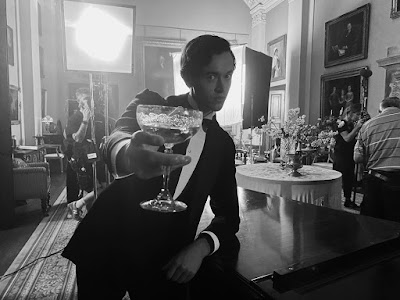 With a little digging you can dig up half a film these days!
Alongside this photo Blyth shares this info:

"I was going for DiCaprio in Gatsby but [Jeremy Irvine] reckons I captured more of a “Richard E. Grant in Withnail And I”... which is, y’know, a bit less flattering and makes me question my imitation skills."