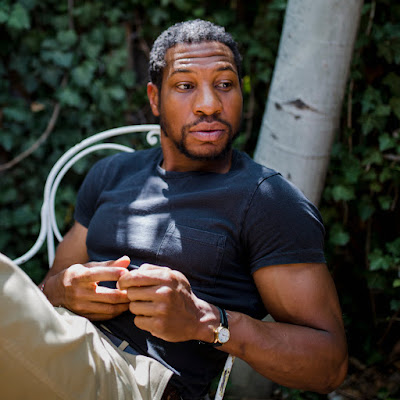 As mixed as my ultimate reaction to HBO's Lovecraft Country ended up being I still here a couple weeks after the finale have been finding myself wishing every Sunday night that I had a new episode to watch, and that ain't nothing! Sure a lot of that is because I want to stare at Jonathan Majors in (and out) of all those ridiculously form-fitting clothes they had him in every week! But the show was often a whole lot of fun, even when it didn't totally gel... or make any sense... but we'll most certainly be getting a second season eventually, I think. And for now HBO has just announced the blu-ray release of Season One! It's hitting on February 16th, and if you'd like to see the set's special features I will share the press release right here after the jump... 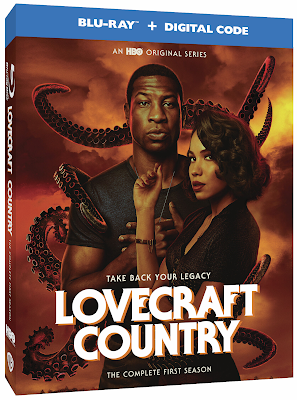 HBO’S CHILLING SUPERNATURAL DRAMA
FROM MISHA GREEN, J.J. ABRAMS AND JORDAN PEELE
LOVECRAFT COUNTRY: THE COMPLETE FIRST SEASON
COMES TO BLU-RAY™ AND DVD
ON FEBRURAY 16, 2021
FROM WARNER BROS. HOME ENTERTAINMENT
Featuring all 10 Episodes and All-New Bonus Content from the Riveting First Season
Twitter Pitch: Take a journey to #LOVECRAFTCOUNTRY: THE COMPLETE FIRST SEASON on Blu-ray & DVD 2/16 from @WBHomeEnt. 10 episodes of groundbreaking storytelling from @MishaGreen @jjabrams @JordanPeele plus all-new bonus content.
Facebook: @Warner Bros. Entertainment
Instagram: @warnerbrosentertainment
BURBANK, CA (November 5, 2020) – Lovecraftian horror meets historical fiction in Lovecraft Country: The Complete First Season, HBO’s suspenseful drama, which will be released on Blu-ray™ and DVD by Warner Bros. Home Entertainment on February 16, 2021. Featuring all 10 episodes from the series’ premiere season, Lovecraft Country: The Complete First Season is priced to own at $29.98 SRP ($39.99 in Canada) for the DVD and $39.99 SRP ($44.98 in Canada) for the Blu-ray™ which includes Digital Copy (US only). Lovecraft Country: The Complete First Season is also available to own on Digital via purchase from digital retailers.
Based on the 2016 novel by Matt Ruff, Lovecraft Country follows Atticus Freeman (Jonathan Majors) as he joins up with his childhood friend Leti Lewis (Jurnee Smollett) and his Uncle George (Courtney B. Vance) to embark on a road trip from Chicago across 1950s Jim Crow America in search of his missing father, Montrose Freeman (Michael K. Williams). Their search-and-rescue turns into a struggle to survive and overcome both the racist terrors of white America and monstrous creatures that could be ripped from an H.P. Lovecraft paperback.
Lovecraft Country stars Jurnee Smollett (Birds of Prey, Underground), Jonathan Majors (Da 5 Bloods, The Last Black Man in San Francisco), Aunjanue Ellis (When They See Us), Wunmi Mosaku (Fantastic Beasts and Where to Find Them), Abbey Lee (Mad Max: Fury Road), Jamie Chung (Once Upon a Time), Jada Harris (The Resident), and Michael K. Williams (HBO’s The Wire and Boardwalk Empire). Recurring guest stars include Courtney B. Vance (HBO’s The Immortal Life of Henrietta Lacks, American Crime Story), Jamie Neumann (HBO’s The Deuce), Jordan Patrick Smith (Vikings) and Tony Goldwyn (Scandal).
The series is executive produced by Misha Green, J.J. Abrams, Jordan Peele, Bill Carraro, Yann Demange (who also directed the first episode), Daniel Sackheim (who also directed Episodes 2 and 3), David Knoller and Ben Stephenson.  Based on the novel by Matt Ruff, the drama series is produced by afemme, Inc., Bad Robot Productions and Monkeypaw Productions in association with Warner Bros. Television.
“Lovecraft Country is an entertaining and thought-provoking series with a unique story and important themes,” said Rosemary Markson, WBHE Senior Vice President, TV Marketing. She added, “Lovecraft Country offers exceptional acting performances, top-notch production and outstanding cinematography. If you enjoy thrilling dramas with supernatural themes, this is a series you won’t want to miss.”
Lovecraft Country premiered August 16, 2020 on HBO.
10 One-Hour Episodes:
Bonus Material:
Digital
The first season of Lovecraft Country is also currently available to own on Digital. Digital allows consumers to instantly stream and download all episodes to watch anywhere and anytime on their favorite devices. Digital is available from various retailers including Apple TV, Amazon Video, Google Play, Vudu, PlayStation, Xbox and others. A Digital Copy is also included with the purchase of specially marked Blu-ray discs (available in the U.S.) for redemption and cloud storage.
The Basics
Lovecraft Country: The Complete First Season
Who? Jason Adams When? 2:53 PM

Could be something wrong with my browser, but I think one of your tables isn't rendering properly