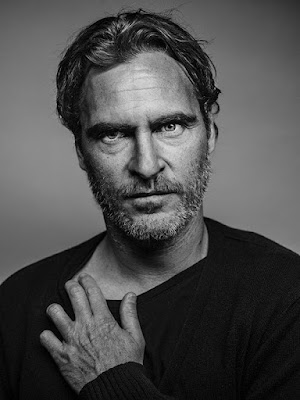 I really, really hated Joker, and I really really hated Joaquin Phoenix's awards-run of speeches, but in general I dig Joaquin and find him extremely talented -- I was thankful to be reminded of that with my recent re-watch of To Die For, how far that like goes back -- and so this news, I will celebrate this news. Joaquin is rumored to be heading up Hereditary and Midsommar director Ari Aster's next film! That is honestly just such a good pairing of director and actor that I'm verklempt, one hundred percent, at the thought.

Even better we even have some details on the film, which we haven't had so far. It's apparently titled Beau is Afraid and it will be a "surrealist horror" (I mean... that's not exactly a shock, given Aster's stellar track-record), and then this:

"[The film] will reportedly center around an extremely anxious man named Beau who has a fraught relationship with his overbearing mother due to the absence of a father he never met. Beau then learns of the death of his mother under mysterious circumstances and upon traveling home makes an alarming discovery about his past. During his journey, he runs into various crazy supernatural threats."

Haha, me too. Didn’t bother to see joker. No thank you. Joaquin Phoenix is one. Casey Affleck, another. Awful. That horrible film he won his Oscar for was just so ridiculous. I don’t understand why so many people bought it. Playing a completely contrived victim is the least believable role that type of actor can play.