Three By Buñuel, Plus 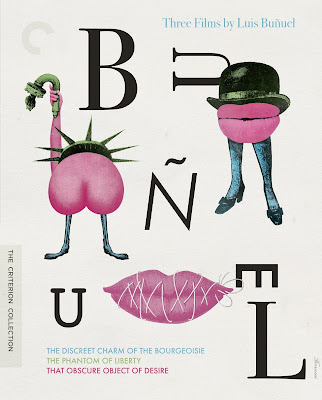 I've been so busy with other things I didn't even notice it's the exact middle of the month and therefore that glorious monthly celebration known as Criterion Announcement Day! But sure enough, to quoth Mater Markos, it is happeninggggggg, and the four new titles for the month of January have been announced. And it's actually six new titles, because one of the titles as seen above is a three-film boxed-set of the grandmaster Luis Buñuel's final trilogy of films, The Discreet Charm of the Bourgeoisie, The Phantom of Liberty, and That Obscure Object of Desire. All masterpieces, each and every one. And as expected there's a wealth of Special Features -- check them all out on their site. Also getting dropped in January... 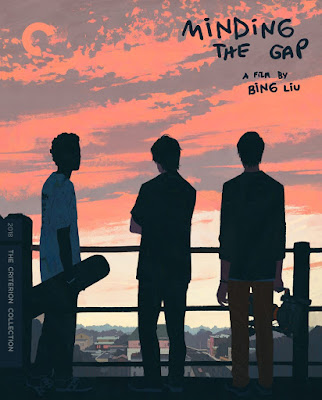 ... are Larisa Shepitko's 1977 WWII drama The Ascent, Martin Scorsese's 2019 Bob Dylan music documentary Rolling Thunder Revue: A Bob Dylan Story, and thrillingly Bing Liu's 2018 documentary Minding the Gap about three skateboarding friends growing up in Illinois, which was one of the absolute best films that year (I had it in my Top 20). An absolute gem, that one.
Who? Jason Adams When? 1:36 PM
Labels: Criterion, Martin Scorsese

Finally more Bunuel, now only if they'd release Viridiana and Diary of a Chambermaid on Blu-ray!

I'm a little annoyed because I JUST ordered a Region 2 boxed-set off Amazon a couple of weeks ago that has these three movies (plus a couple of others, including Chambermaid and Tristana) because I was tired of not having them!

None of these interest me. What happened to WKW set?

I was wondering the same thing recently, re: WKW -- maybe they decided to delay it since the theatrical screenings had to be pushed back? I got an email last month that they were planning on opening the restorations here in NYC at the start of December, but who knows if that's even holding now.