Axe Me No Questions 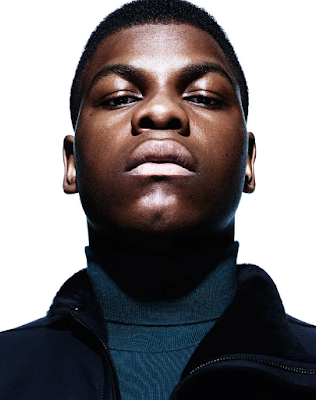 'Nother day, 'nother piece of Steve McQueen's so-called "Small Axe" series of films to review from the New York Film Festival -- this time around over at The Film Experience I'm taking a look at the middle segment titled Red White and Blue and starring former-Finn John Boyega in the true-life story of a 1980s police officer and yes, if you're like me then you're saying to yourself hot damn it's about time Steve McQueen worked with John Boyega. Now that's a duo. Okay okay so I still want Steve to work with Michael Fassbender again, but for now this will do. And if you missed my other two "Small Axe" reviews read my thoughts on Lovers Rock right here and my thoughts on Mangrove right here. They are all supremely excellent and "Small Axe" -- when it drops on Amazon in November -- is the cinematic event of the year. I'm dying that I have to wait for the last two thirds with the rest of you normal people!

On a side-note I was so inspired by all this hot sexy Steve McQueen action that I re-watched Widows the other night and hot damn is that a movie. Just an all around banger -- I think I actually liked it even more this second time through. We did that movie wrong in 2018 -- it shoulda gotten all sorts of awards attention. We don't deserve Steve McQueen, we really really really do not.

Widows was good, what stuck w/ me was Kaluuya's death. That was a a genius shot.