We Wish You a Merry Lesbian 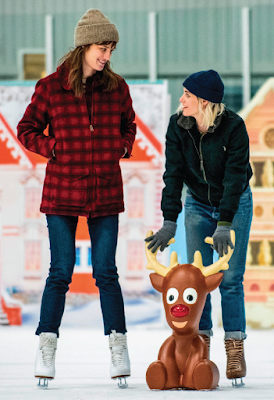 People Magazine has gifted us with our first look at Happiest Season, the X-mas rom-com starring Mackenzie Davis and Kristen Stewart as a couple who go, you guessed it, home for the holidays. (Aren't you proud of me that I didn't say Homo For the Holidays? Oh wait dammit just did. We are gonna hear that joke so many times in December.) The movie was directed by beloved homosexual icon and Faculty goth Clea Duvall -- I told you about it previously right on here, because YES I WANT THIS YES. Not to mention that co-starring opposite our gals-who-love-gals here is a cast of thousands of watts of talent, including Alison Brie, Dan Levy, Aubrey Plaza, Mary Steenbergen, Victor Garber, the hot piece that is Jake McDornan, and Duvall herself. You can see one more photo at People which has several of those folks in it -- I just wanted to focus on our ladies! Ladies lovin' ladies and the gay men who love 'em on their blogs, that's what's happening here! 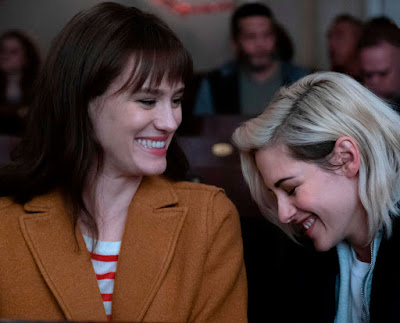 Who? Jason Adams When? 9:49 AM
Labels: Mackenzie Davis