... that it actually made some of the things that felt hella sloppy about last week's look better -- it sorted out some through-lines for characters and some plot points that the second episode obliterated in its frantic WTF-ery. To be clear the second episode remains a mess, but they found ways in the third to slap smiley face stickers on the mess from... beyond, if you will. And they also found ways, dunno if I mentioned, to drop Jonathan Majors' pants again. Hooray! All in all I'd call that a win. Hit the jump for all my gifs... 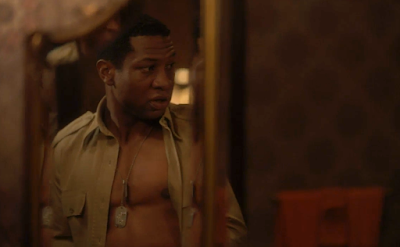 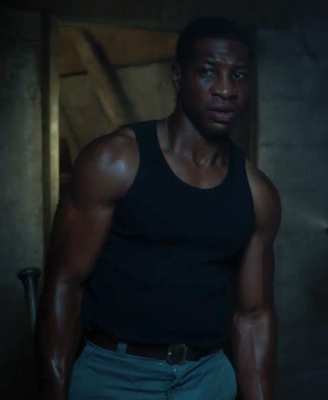 Wow! I've been debating whether to watch this (I'm a picky eater when it comes to horror), so I appreciate the updates as well as the gifs!

I'm loving this show, it's beautifully shot. A great combo of horror w/ social commentary and history (And it's so fucking satisfying to see racists get killed).
Jurnee Smollet is spectacular, and gorgeous.

Jurnee really does have such terrific electrifying presence here, I hope she gets lots of work off of this (Majors too but I am real obvious about that and haven't mentioned her nearly enough)