The Price is Always Right 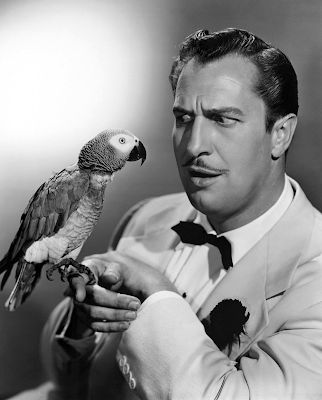 It's October 1st tomorrow, everybody! It's the most glorious month of the year! Granted the Halloween celebrations will be different in 2020 -- we sure are using up a lot of Evil Energy in real life -- but I still plan on getting festive. For one thing I'll be covering the online genre film festival called the Nightstream Festival which I told you about the other day -- that starts on October 8th. For another our great pal Stacie Ponder of Final Girl fame begins her annual "Shocktober!" shenanigans tomorrow, stretching through the entire month, and you might wanna keep your eyes peeled for somebody familiar to you... ahem.
And for a third thing... well this has nothing to do with Halloween, but it does have to do with tomorrow, because I'm taking tomorrow off to do another "Catch up with my NYFF viewing and reviewing duties" like I did a day last week. I would say you might see me pop up anyway at some point but I make too many empty promises -- if I do, consider it a surprise. Surprise! It's the October Mood of Choice!

Speaking of I thought I had mentioned this when it was announced but a search tells me no, I didn't -- did y'all see that the astonishingly excellent Vincent Price Collection just got re-released onto blu-ray this last week? It had come out several years back and then went out of print, so they've upgraded it with most excellent copies of the six films included, and they are probably the best Vincent Price movies there are -- The Pit and the Pendulum! The Abominable Dr. Phibes! The Haunted Palace! The Fall of the House of Usher! TWO versions of Masque of the Red Death, including the just recently unleashed Extended Cut! And Witchfinder General to cap it all off! I plan on nestling up with these discs for half the month, I do. So should you! I mean with your own copy, in your own home -- I am not getting COVID for this.
Who? Jason Adams When? 5:47 PM

We have The Last Man on Earth and Masque of the Red Death at the Trylon Cinema this weekend. Going to see the newly restored silent Sherlock Holmes at the end of October, too. It will be accompanied by a Wurlitzer organ. Last year they showed the 1925 Phantom of the Opera which was great to see on the screen again!!

Great collection, but it's missing my all-time favorite Price - "Theatre of Blood"!