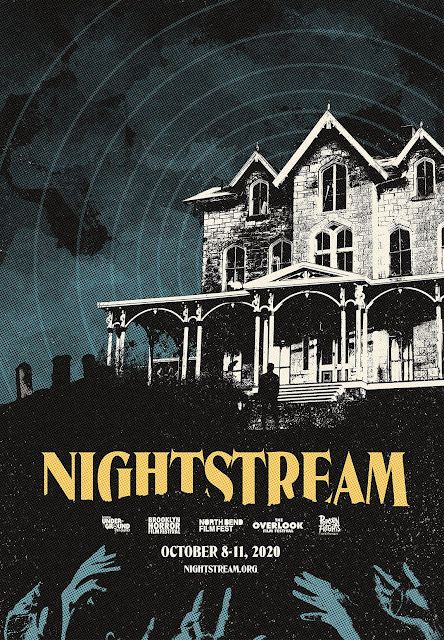 I'm feeling a little dull-brained today (more than usual, even) so I'm taking advantage of this coinciding with all this Fall Festival News to simply, happily, barf up the news of them instead of being my usual daringly creative self -- I might apologize but this is probably preferable reading material to at least sixty to seventy percent of you, and that's me being extra kind to my ego. And with that! I don't know if you'd heard but five of the annual regional genre festivals scattered across this beautiful country of ours -- those being the Boston Underground, the North Bend, the Overlook, Popcorn Frights, and our ol' pals at the Brooklyn Horror Fest -- have teamed up Voltron like for the 2020 season turned virtual, to present us with the Nightstream Festival, a massive online horror fest that will run October 8th thru the 11th. 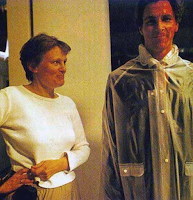 Nightstream will feature almost forty films, including several world and North American premieres; it will feature a bunch of online conversations with filmmakers including one with Nia Dacosta on her forthcoming Candyman sequel slash re-do and one with Mary f'ing Harron on the 20th anniversary of her masterpiece American Psycho. There is a party hosted by Peaches Christ! There's something called "Dinner With The Masters Of Horror" that'll feature Mick Garris, Joe Dante, Mike Flanagan, and more. If you dig horror this is a four-day place to get diggin'.

Anyway today Nightstream announced their whole line-up and as I did earlier today with NYC's big queer-movie-palooza NewFest I will now highlight a couple of films from the enormous slate that immediately popped out at me. Well this being a horror movie fest they did more than just pop out -- they scooped out my eyeballs with hot spoons, they did! The Opening Night film, for instance... 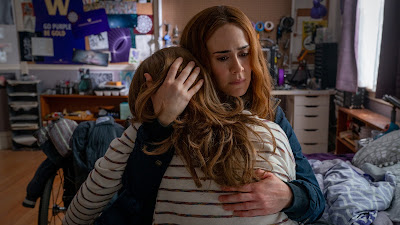 ... is called Run and stars Sarah Paulson and no, it is not a big-screen remake of that recent HBO series starring Domhnall Gleeson's beautiful ginger hair. It's the new movie from the director of Searching with John Cho, and is about a teenage girl (no Sarah paulson does not play the teenage girl; Paulson's range is good but not that good -- she's played by newcomer Kiera Allen) who's trapped in a wheelchair who starts to notice weird shit happening around her house. The movie is premiering on Hulu on November 20th, but why wait? Watch it at the start of October, I say! 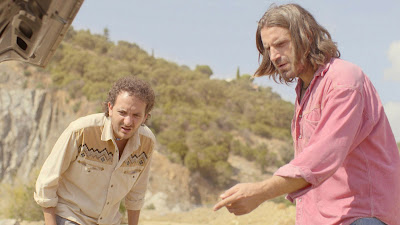 Nightstream is also screening as their Closing Night picture the latest French nuttery from Rubber and Deerskin director Quentin Dupieux called Mandibles, which is unfortunately not an adaptation of Lionel Shriver's dystopian family drama but is (and I retract my "unfortunately" after reading this description) a comedy about two friends who discover a gigantic housefly in the trunk of their car and figure out how to monetize the thing. Sounds like a Quentin Dupieux movie to me.
Other highlights -- the new movie from Versus director Ryuhei Kitamura called The Doorman starring Ruby Rose; Jackie director Pablo Larraín's dance-epic Ema; Mickey Reese's truly wackadoo flick Climate of the Hunter, which I reviewed out of Nashville last year and which is a one-of-a-kind load of fun; there's a rural horror flick called Honeydew that stars Steven Spielberg's surprisingly hot son Sawyer... 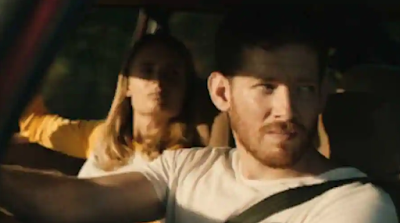 (I guess those are the Kate Capshaw genes.) There's the new flick from Persepolis director and artist Vincent Paronnaud; there's a movie called Jumbo that stars Portrait of a Lady on Fire star Noémie Merlant and the description of which sounds like might be a movie entirely about a big dick?

"Merlant gives a fearless performance as a shy amusement park worker whose life changes when a new star attraction shows up and immediately enthralls her with  “his” magnificent machinery in this fantastical and heartfelt debut from writer/director Zoe Wittock."

Right? Anyway I am only cracking the surface of everything
that they've got planned, check it all out on their site!
Who? Jason Adams When? 2:11 PM
Labels: Brooklyn Horror Fest, horror, Mary Harron, Steven Spielberg

I love her, but how the hell does Sarah Paulson appear in so many things?

I am not convinced Ryan Murphy has not cloned her, and there is actually an army of Sarah Paulson's running around making all these films and shows.