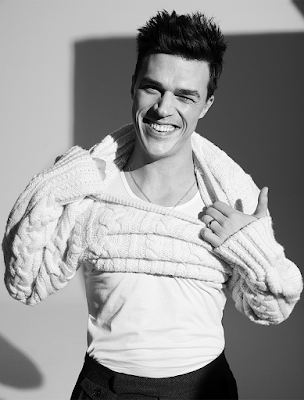 Let's just get it out of the way right at the start -- Ryan Murphy's new Netflix series Ratched, premiering on Friday (watch the trailer here), is kind of awful. But it's "kind of awful" in that way so many Ryan Murphy products are, in that I still somehow plowed through all eight episodes without a second thought, and there's enough insanity going on to make you think it's not all that awful while it's going on. Just don't try to make sense of anyone's motivations from scene to scene, episode to episode, beginning to end -- none of it makes a goddamned lick of sense. 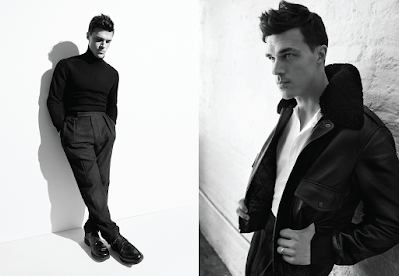 And yet there are bright spots (JUDY MF'ING DAVIS), most especially of the gratuitous sort -- one of them being Corey Stoll spends a lot of time with his pants down in old-timey boxers and garters, and another being our boy Finn Wittrock here looks better than he ever has and the camera takes full advantage of that fact. So just know what you're in for going in and maybe you'll be pleasantly surprised. (The lesbian oysters scene is a classic, I will say.) And if not, Hot Finn. You could do worse. (See more of this shoot back here.) 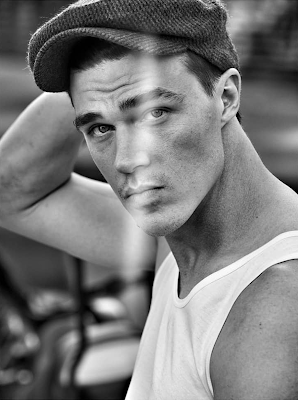 How gratuitous is it though? Lots of butts like in the good times of AHS? Because Hollywood and The Politician were a great disappointment.

Gotta say I am a huge fan of the 'kinda awful' brand of Ryan Murphy. I lap up the crazy dynamic he has thrown at the screen since Nip Tuck! And every once in a while, he surprises us with true gems like early Glee, Pose, Feud and American Crime Story. BTW: I LOVED Hollywood! C'mon Patti 'Freakin' Lupone!! The man knows how to showcase divas and boy-toys