Bradley's Been a Bad Boy 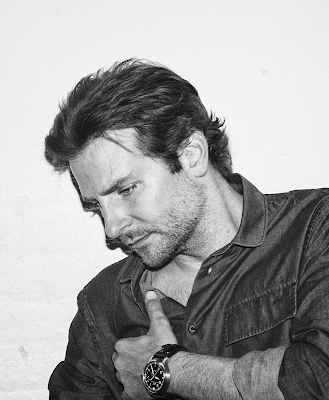 I was a big Bradley Cooper fan for a very long time -- I was both an Alias nerd and a Wet Hot American Summer devotee, after all -- and then, and then, A Star is Born happened. A truly bad movie that was so inexplicably enjoyed by so many smart (and not so smart) people that I felt like I'd fully lost my mind that Oscar season. Seriously. That movie is bad. And while Bradley's performance isn't by any stretch of the imagination the film's biggest problem -- that would be Lady Gaga's absolutely abysmal work and the film's wretched script -- it is, in the immortal words of Pete Campbell, Not Great Bob. He sells a lot of the emotional heft of the flick -- whatever little heft it does have, actually -- but that booming baritone croaking thing he is doing with his voice is so over the top cheesy and distracting. And then he proved himself an unbearable humorless schmuck all Oscar Season long, and my point is he did a real damn good job of whittling away most of my good Bradley Cooper feelings over the course of a few months. Not Good, Brad!

Anyway I'm going to have to try to get over it -- and judging by how annoyed I am still getting thinking about that entire debacle here in August of 2020 I have some work to do! -- because the future projects he's lined up as an actor are going to demand my attention, and hopefully, my enthuasiasms. Of course there's Guillermo Del Toro's remake of  the Carny Noir Nightmare Alley, which has him tackling Tyrone Power's role opposite Cate Blanchett and Rooney Mara and Toni Collette, and which began filming in Buffalo way back before the pandemic -- not sure where that stands now; if they finished filming before shutdown, I mean.

And now today it's been revealed that he is going to be in Paul Thomas Anderson's next movie. I told you about it last November -- it's based on PTA's own childhood growing up in the Valley in the 1970s and it's actually supposed to be a good and proper ensemble piece a la Boogie Nights or Magnolia, aka the sorts of movies he started out making, as opposed to the One (or Two) Man Armies he's been fixated on post-There Will Be Blood. (Although just so we're clear, from my perspective Paul Thomas Anderson has never made a single bad movie, period.) Anyway that lessens the weight on Bradley Cooper's shoulders, thankfully -- if this is an ensemble film my feelings won't rest entirely on his performance. If he went and ruined PTA's perfect record, hooooo boy. 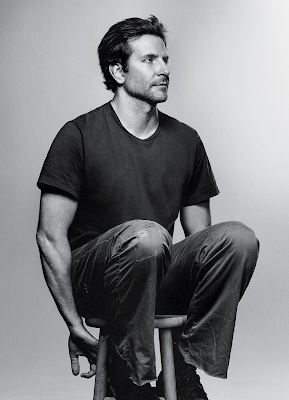 Gotta agree with you about A Star is Born. The story has been done well three times: What Price Hollywood in 1931, A Star is Born in 1937 (although I find Fredric March's performance terribly hammy in it) and in 1954 with Judy Garland and James Mason. The 1976 Streisand egofest is unwatchable. While I give Lady Gaga a lot of credit for making this movie, there's something terribly off about it, isn't there. Somehow the material just doesn't work this time because you see the holes in the script. Gaga and that hot daddy, Sam Elliott are by far, the best parts of it. I didn't want to see it when it first came out, but I got it from the library. It was passable, but no great movie. Still, Bradley Cooper is a sexy man, isn't he?

Agree 100% on your assessment of A Star is Born. As I watched it I just couldn't get all the positive responses. I kept wondering what I was missing. Thank you for affirming my thoughts!

He lost me with "Hangover"... never understood the love of his homophobic, douche-bro character. It was the first film in years I heard the word "faggot" used as a punch line and when the audience roared in laughter, I was done.

He’s had a lot of plastic surgery and fillers recently. Looks a bit scary.