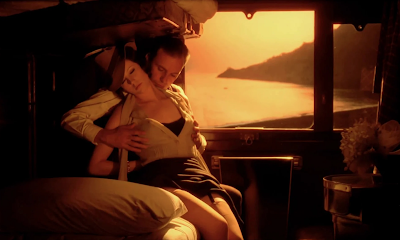 Giulia: Marcello, don't go out.
They could hurt you.
Marcello: I won't be in danger. After all,
what have I done? My duty.
Giulia: But why do you want to go?
Marcello: I want to see how a dictatorship falls.

Bernardo Bertolucci's masterpiece (one of several!) was technically released fifty years ago today since it premiered at the Berlin Film Festival on July 1st, 1970. But don't be surprised if I celebrate its 50th anniversary again come next March 21st, which will mark 50 years since it was released in the United States, since it's one of my top ten movies of all-time and I just wanna celebrate it whenever I possibly can. It's also a fairly timely piece of political storytelling, as that quote above lays bare. Solid Antifa Entertainment! Anyway go watch The Conformist on the absolute most massive screen that you can find right now, is my point.