Somewhere Between Elephant and Beau 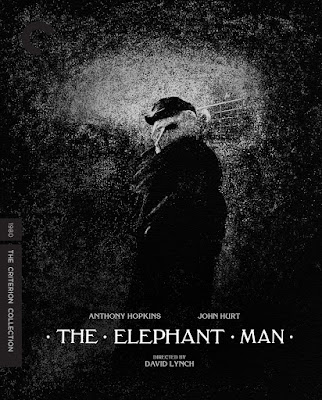 Everybody should prepare themselves because tomorrow's probably gonna be a real shitty day since today's been so stuffed with great news. I mean listen to this gleeful shit: the Supreme Court made it illegal for employers to discriminate against LGBT people! The Gaylords of Darkness are talking to Luca Guadagnino on this week's podcast! And it's Criterion Release Announcement Day! No doubt Donald Trump will murder us all tomorrow and ruin everything For now though, while we live and breathe, let's take a look at Criterion's new spate of discs for the month of September, starting with that one you see up top -- they're dropping David Lynch's The Elephant Man onto blu-ray! Yes please!

It wasn't long into this here pandemic that I got in a real Lynchian feeling and so I went and bought several of his flicks that I didn't already own on disc -- Lost Highway, The Straight Story, and Inland Empire specifically -- but I'm glad, with this news, that I held off on The Elephant Man. I have an old DVD of it buried around here somewhere that I'd considered updating (there's a massive supposedly region-free boxed-set version from a couple of years ago) but Criterion's got a new 4K restoration on top of all the usual bells n' whistles, which you can scan at their site. If you've never seen this sucker man, are you in for a treat. 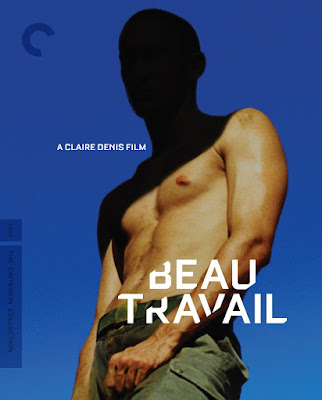 Now comes the time when y'all yell at me -- they're also putting Claire Denis' 1999 homoerotic classic Beau Travail out for the first time on blu-ray (love that cover) -- even the non-US DVD's been out of print for ages and goes for heaps of cash on Amazon. Now why will you yell at me? Because, and I've admitted this before, I have tried to watch this movie multiple times and never finished it. It kept rubbing me the wrong way. BUT! Here's the thing. I've really come around on Denis in the past couple of years. I've loved her past several films. And so Id been seriously considering giving Beau Travail another chance anyway, thinking maybe I've grown into it with age. So this would be excellent timing from Criterion! Other titles this month include the Noir classics The Naked City and Brute Force, another edition of Martin Scorsese's "World Cinema' project with six films included in the boxed-set, and a 1979 Italian epic called Christ Stopped at Eboli from director Francesco Rosi -- click here for info on all the titles.
.
Who? Jason Adams When? 4:58 PM
Labels: Criterion, David Lynch, Luca Guadagnino, Martin Scorsese, Politics

Hah! I had the same experience with BT. It came out when I think we were all just searching for beefcake and didn’t expect the artistry underneath. So I too couldn’t get through it, at least without the fast forward button! Okay, I admit it!

I must agree about BT. I have tried and couldn't get through it, but I recently found Denis' The Decline of the American Empire for $1 at the Dollar Tree, which was later burned and looted after the Riots in Minneapolis. Good movie. I saw it in the theater.

Never seen it but that cover!! OMG.

I saw it in a theatre and was horribly impatient with it. And at some point it came out on VHS and I tried again. Still impatient and annoyed. So I won't be buying and trying again, and I too have really liked Clare Denis last several films.

I don't totally get the big deal about BT, the story or the movie, but I'm surprised all the beautifully shot beefcake isn't enough for you to stick with it. Even if I wasn't emotionally invested (like, at all), I found the training routines and manly interaction dynamics almost entrancing.