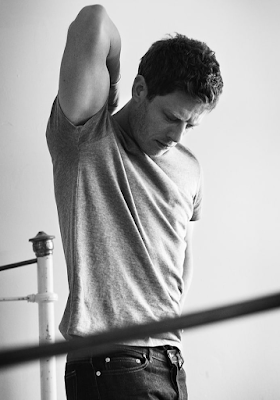 It's been awhile since I've heard much about Joss Whedon's forthcoming TV series The Nevers (about some proper Victorian ladies who just get super-powered all of a sudden) which I guess has been one of the victims of the COVID shutdown -- they shot five episodes and are currently waiting to get back to it. Anyway what with it being Whedon's birthday today today seems like an alright moment to check in, and James Norton here has given us an in with a new interview over at Collider (thx Mac). We were obviously excited last July when Norton got cast as, as the trades described, "a pansexual posh boy" -- well here's some further elaboration from the man himself:

"If you’ve read the character description, that says it for me, really. It’s the world, it’s Joss, and it’s character. The interesting thing is that I’m still yet to fully learn who Hugo Swann is ‘cause we’re only half-way through. Part of the processes is the actual making and telling of the story, and so much of his journey is still to come. I’ll be better positioned to answer that question in a few months time. The great thing about Joss is that he’s all about character, so you’ve got this incredibly larger than life, very big, playful character who’s pansexual and sex-crazed, and he runs this club. It’s all very big and delicious and gaudy. If it was in the hands of a different director or writer, I’d be a bit more wary. But the great thing about Joss is that you can be assured that he’s all about character, so there will always be a heart and a soul and a subtext underneath the fun and the theatricality. You can really chew on something fun and outlandish, and at the same time, find an inner rootedness and a quality that Joss will never, ever let you deny. Like I said, I’m still working out this madman that is Hugo Swann, but it’s been a joy so far."