Ever since João Pedro Rodrigues's surreal gay fantasia called The Ornothologist came out in 2016 we always get excited -- multifaceted word that, "excited" -- when the French actor Paul Hamy pops up in something new. And so the past year has been an exciting one for us, since this here marks our third Hamy sighting in 2020 -- there was the melodrama Sibyl which played NYFF last fall (reviewed here) and there was the romantic-drama Someone Somewhere which was supposed to play FLC's annual "Rendezvous With French Cinema" series a couple of months ago -- I posted about it here but I can't recall if it actually screened or not, since that fest coincided with everything shutting down. But it's a nice movie and I seem to recall that Paul has a nice shirtless scene in it...
.

And now Paul Hamy has shown up
I clearly made the correct choice pic.twitter.com/epiZ0ZG3og
— Jason Adams (@JAMNPP) March 7, 2020

.
... which I guess I only tweeted about? I should give that its own post sometime. Anyway those were earlier -- today we're looking at the 2019 movie called Get In (known in France as Furie), directed by Olivier Abbou who also made 2010's so-called "French Extremity" flick Territories, which was basically torture porn about anti-Muslim hatred from what I recall. Get In is also a horror film but I don't really know what its gist is, something about scary squatters (it's hard to make the word "squatter" scary) -- I do wonder if its American title is at all a purposeful reference to Jordan Peele's Get Out, and...

... race does seem to be an issue in Get In judging by some scenes I skimmed. But, as said skimming implies, I have not yet actually watched this movie so who knows! However I can, you can, we all can watch this movie, because it's on Netflix right now. Perhaps you already have watched it and can share your thoughts! Otherwise let's just get after the jump for a few more Paul Hamy gifs since I really have nothing more to say right now... 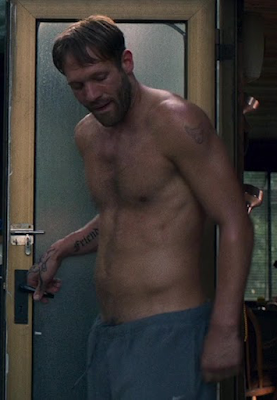 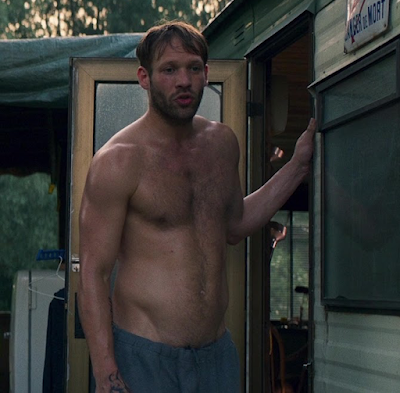 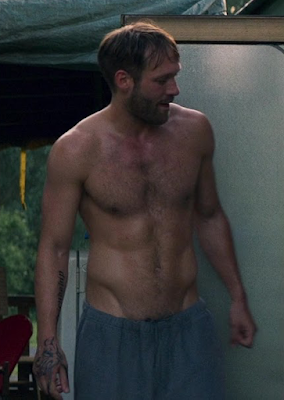