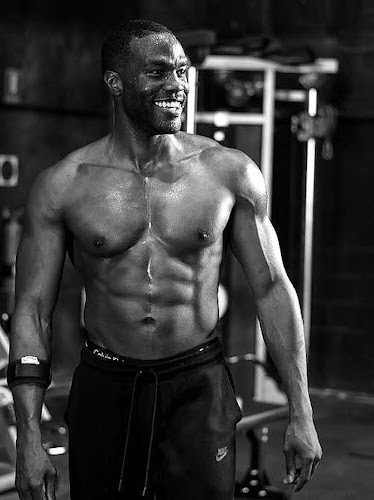 Forthwith and forsooth have I got two exciting videos to share with you this evening. Both of them involving Mr. Yahya here, whaddya know. First up the frivolity -- back in December when the tremendously great HBO series Watchmen was still on Men's Health magazine did the smart thing and captured video of the actor, who played (shh this is a spoiler if you haven't watched the show yet) Dr. Manhattan, accomplishing his very, very accomplished workout. I missed this at the time but I will make that mistake no longer...

I told you on June 1st that Watchmen had just hit blu-ray, so now's as good a time as any to watch the show for the first or the twelfth time -- shit's timely as fuck. But speaking of "timely as fuck" Yahya's got a project up that might be twice as such with director Nia DaCosta's remake of Clive Barker's Candyman, coming out on September 25th. The first trailer hinted towards something special and fresh but today DaCosta dropped onto Twitter an ever greater sign of this movie maybe resonating in our exact moment on some greater levels. If this ain't just further proof that Horror's the precise right genre for our moment. Watch this in wonder, y'all:

My first reaction to that Candyman origin trailer is WOW. It's perfection.