Watch Out For That Wax!

Fay Wray sure knew how to scream! That, as a statement, surprises nobody. Even if a person's never actually seen the original King Kong they know that much. Her screams are quite possibly The Screams -- the screams by which all other screams have been measured. But did you know she screamed a whole bunch in another terrific horror movie made in 1933? It's called Mystery of the Wax Museum and it was directed by the great Michael Curtiz (who also gave us The Adventures of Robin Hood, White Christmas, Mildred Pierce, Captain Blood, The Private Lives of Elizabeth and Essex, and oh right just a little thing called Casablanca) and it stars Fay Wray alongside... 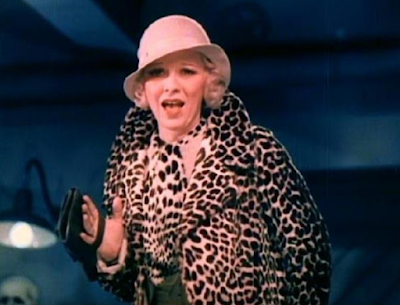 ... a little minx named Glenda Farrell, and Farrell, Wray's screams aside, is why we're here talking about Mystery of the Wax Museum. There are actually a lot of reasons to talk about the film -- for one the brand new restoration that Warner Archive just released onto blu-ray last week proves the film to be one of the greatest visual statements in early Horror Film, period. The two-color Technicolor process tosses us into an uncanny macaroon nightmare place of pinks and greens and murky blue-blacks -- it's like Caligari on acid; it's truly unlike anything else I have ever seen. 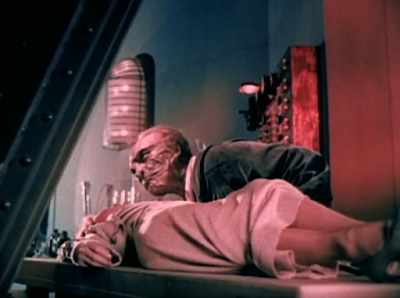 But beyond that it also contains a performance from Farrell that immediately thrust itself among my all-time faves, and I just wrote up a lot of the reason why over at The Film Experience for this week's edition of "Great Moments in Horror Actressing" so click on over and check that out. She's an absolute firecracker, and the lineage from this performance of hers to an entirely separate but legendary and beloved icon, which I trace over there, makes this flick important even beyond its own pinky-hued greatness.
.
Who? Jason Adams When? 3:45 PM

Glenda Farrell is always a pistol!

One of the queens of the snappy 30's comeback. She and Joan Blondell made a bunch of films together and are a terrific team. In case you didn't know she also had her own series at Warners as ace girl reporter Torchy Blane though she left the serial before they wrapped it up.

If you haven't seen Doctor X check it out as well. Two-strip technicolor was really good for horror movies, it's a look I'm surprised hasn't been intentionally revisited.

If course Mystery in the Wax Museum was remade into the brilliant 3-D film, House of Wax starring Vincent Price and Carolyn Jones, too!