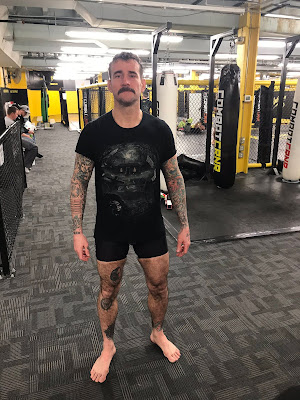 I was real, real late to the party with last year's horror movie Girl on the Third Floor (starring the wrestler and MMA fighter CM Punk, seen above -- I'm so glad I follow his Twitter now). I kept missing it at fests like Brooklyn Horror, I only saw it a few weeks ago once it finally hit home-video. And I loved it! I wrote up my thoughts here -- it's a ton of goopy fun, the sort of movie I fore-see myself turning on whenever I need a good jolt. It's got that Evil Dead vibe. Yes it's low-budget, yes the actors are a little unseasoned, but it's so much fun you just don't care. I liked it so much I just called it my eighth favorite horror movie of 2019 yesterday! 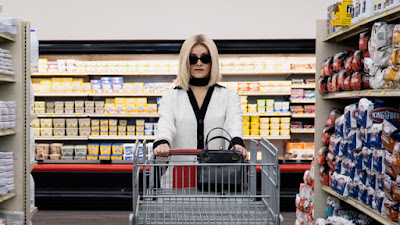 Anyway news comes today that Girl's director Travis Stevens has already finished filming his second movie (he's been a producer for awhile, racking up cool ass credits like Starry Eyes; Girl was his first film), and I definitely won't be missing this one when it starts making the rounds -- it's called Jakob's Wife and it stars horror icon Barbara Crampton and here's what they say:

"The story, a supernatural horror, follows a woman in her late 50s who, after a chance encounter with ‘the Master’, discovers a new sense of power, a change that comes with a heavy toll."


The film also apparently stars CM Punk again (yes, more of him please), alongside Larry Fessenden as well as the great Bonnie Aarons, aka the woman who plays both the Nun in The Nun as well as, ICON ALERT, the homeless dude behind the dumpster in Mulholland Drive -- yes I wrote up an entire piece about her recently at The Film Experience. Queen. 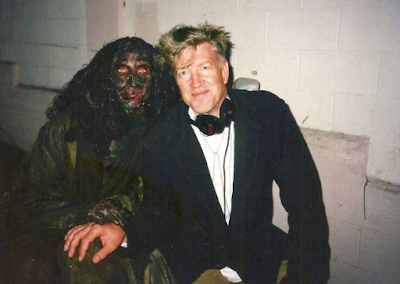 yes yes yes Yes YES YES to ALL OF THIS. I also loved Girl on the Third Floor and thought CM Punk was delightful. Yes to Crampton, yes to the creepy hobo, I really needed some good news today, thank you so much for sharing this news.

You had me at Barbara Crampton being the star.

I also liked Girl on the Third Floor so I am definitely keeping an eye out for this.