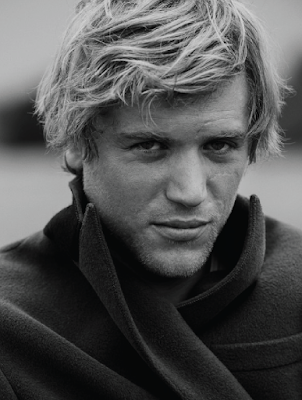 Well I guess the powers that be weren't keen on my suggestion that I, legendary trained actor of the stage and screen, take on the role of "Dickie" in  Ripley, the new Showtime take on Patricia Highsmith's The Talented Mr. Ripley opposite Andrew Scott, who got cast as Ripley way back in September. This is of course the role that made Jude Law famous in Anthony Minghella's 1999 film... although one might reasonably argue that Jude Law's Face Etc made Jude Law famous, role be damned. 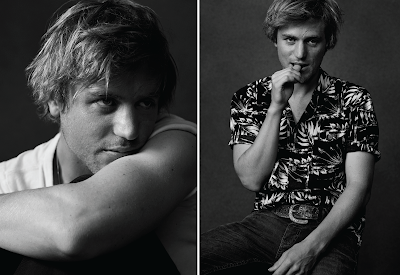 Anyway they have instead hired this guy here who goes by the name of Johnny Flynn for the role. His name's been around a bunch as of late -- he's in the Emma re-do coming out next month, and he is playing David Bowie in a movie called Stardust. That said he's actually been bouncing around for awhile, including hey look a little role in Olivier Assayas' wonderful Clouds of Sils Maria... 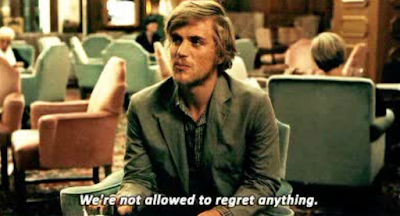 He's got a great, interesting look -- I love a good facial scar -- but it's a different direction to take the character than Jude Law in his prime was. If any of you have seen Flynn in things -- and he's also a musician I guess so perhaps you know his music? -- maybe you can let us know if he's got the, you know, It Factor that the role demands. Jude, besides that stunning beauty, did bring a necessary cruelness to it -- Dickie just needs to be infuriatingly unobtainable. We need to want to rip the world apart along with Ripley for being denied him. That said I won't deny you Mr. Flynn right now, as I've got a few more photos after the jump... 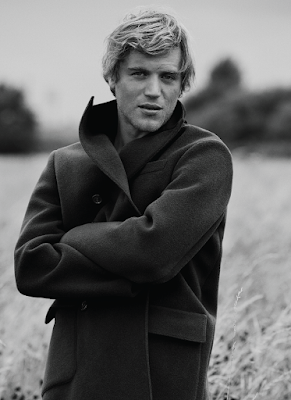 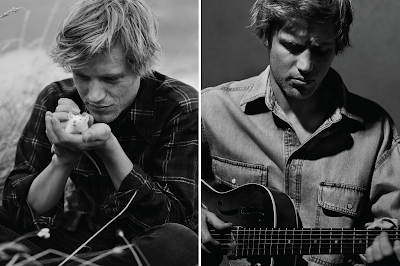 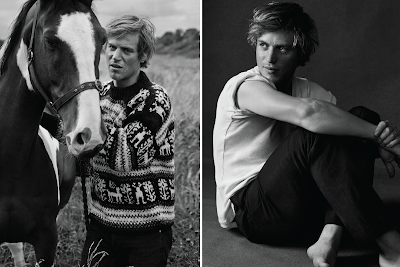 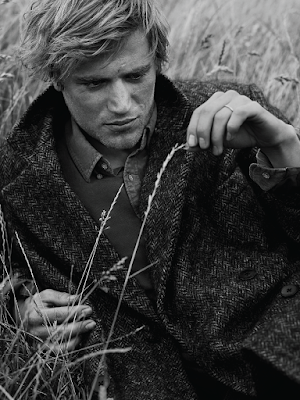 I hope you're feeling better.

he was the lovesick dobbin in the recent mini-series 'vanity fair', which didn't require a lot of him other than mopily longing for that idiot amelia sedley [but he looked good doing it]

He did a lot of comedic British stuff (and quite alright, actually), but had a big leading role in Crusade (or Crusade in Jeans). That is the film version of a classic Dutch (it was an international co-production so not so Dutch as a film) children's book from the seventies or eighties about a teenager accidentally time traveling (in a machine his mom Emily Watson built) to the crusade era and becoming a misplaced messiah-like figure as he stood out so much with his 20th century ideas and individual drive. It was an excellent film for kids (and nostalgia driven audience) and he was terrific as a the starring lead. And for any Dutch once kid like me a classic character perfectly well realized on screen.
So I love him, and handsome as he was then and stil is he seems a quite exciting pick for such a prominent role.

I saw him on Lovesick, a british sitcon on netflix, and he is as sexy as a dumb rock

I've seen him play menacing and charismatic,both in film ("Beast," with Jessie Buckley) and on stage ("True West," with Kit Harington). He's not as conventional a choice as, say, a Douglas Booth or ... actually, Armie Hammer. But he could definitely pull it off.

I really admire Andrew Scott's work, but, at 44, isn't he a little too old to play Ripley? I've always thought of Ripley as being in his late 20s. (And, of course, nobody can play Ripley as well as Sigourney Weaver, but she's too old as well.)

First saw Johnny Flynn in a 2006 time travel movie called "Crusade in Jeans", in which he's a teenage football (ie soccer) player who sneaks into a time machine so he can go back and replay a match that his team lost. His plan does awry, and he winds up centuries earlier than he expected.

More recently, he starred in a British series comedy series originally called "Scrotal Recall", about a man who is diagnosed with chlamydia who has to contact all his previous sex partners. You can watch it on Netflix, under its new name, "Lovesick".

Just noticed that Flynn himself is now 37, so the whole Ripley/Greenleaf relationship is going to be unlike the one in the book and 1999 film.

PS If you haven't seen it, check out "Purple Noon" a 1960 French version of TTMR with Alain Delon killing it as Tom Ripley.

PPS Johnny Flynn scars are the result of a childhood mauling by a dog.