Do Dump or Marry: These Three Gentlemen 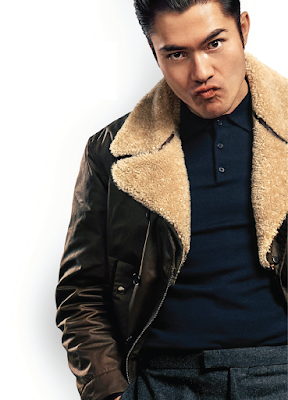 Besides the little bit I had to say this morning about the gay panic of it all I don't really have that much of an opinion on Guy Ritchie's The Gentlemen out in theaters today -- for all of the screaming "cunts" and running and such it's a weirdly flat movie that thinks it's far more clever and way more funny than it ever actually is. I mean the entire thing leads to two third-act "reveals" that are both obvious from the furthest reaches of outer space ten minutes in, and it just sort of spins around them for two hours and then is over. But, just like Ritchie's similarly just-fine Man From UNCLE movie, it does have a great looking cast in great looking costumes and sometimes that can carry one through the patchier parts.

Which brings me to today's edition of our "Do Dump or Marry" series! Gentlemen stars Henry Golding (above), with Colin Farrell and Charlie Hunnam (below) -- you get one night with one (Do), a lifetime of nights with another (Marry) or zero zip nada nights with the last (Dump). So go'n give us your bloody answers in the comments, ya buncha geezahs!
. 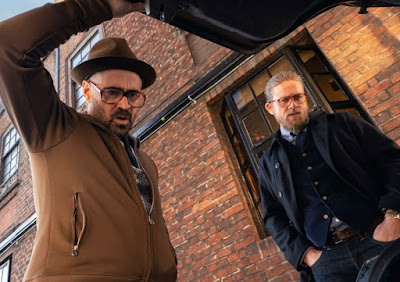 This was the easiest DDM in quite awhile!

Oh, this is SO easy.

Marry Farrell because he'd be a good time.
Do Hunnam because duh.
Dump Golding because he just seems so boring and we don't have time for that.

Do Henry: sweet and cute but probably won't need a repeat
Dump Colin: sexy, hot and the best actor of the three, but too intense for me on the regular
Marry Charlie: omg, yes, again yes

Do: Charlie (hot blond but too young to marry)
Marry: Colin (I think he's sown enough of his wild oats)
Dump: Henry (yawn)

Do: Hunnam (Probably robotic but you want to be able to say you did)
Marry: Farrel (Woulld still be great when the looks fade)
Ki(ss)ll: Golding (If it was making out, he'd win hands down, but this is tough)