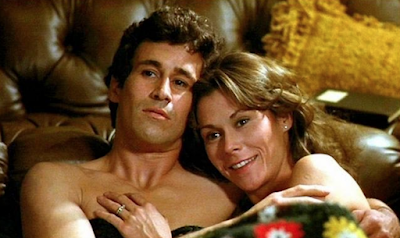 Zach: It's something you don't have any control over. I mean, whether you're born with it or acquire it, who knows? But there's something in me that needs to be with a man.
Claire: My God!
Zach: Maybe it's his strength, his attitude. Maybe he's everything I'm not, I don't know. Maybe it's brotherhood, bonding, release. Maybe it's just the need for another man's approval. But it's that feeling...


A happy 74th birthday to Michael Ontkean today! I was sad that he'd retired and refused to do Twin Peaks: The Return but now that Robert Forster passed away I don't feel so bad -- Forster's work on that show ended up being a career-capping highlight. Now Lynch can do another season and Sheriff Harry S. Truman can show for that one, how about that?

Anyway maybe I should finally sit down and watch Making Love for the first time in his honor? It's insane that I've never seen it -- it's one of the very first "gay" things I remember ever being aware of; they had a VHS copy at the local video store and I remember staring at the case forbiddingly as a young one. But it kept getting lost in the shuffle. By the time I was old enough to rent the gay stuff myself I wanted Gregg Araki, not a soapy and confused throwback that was by most accounts problematic. 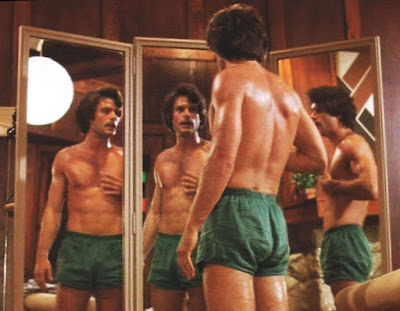 Did y'all see the interview with Harry Hamlin this week where he said playing gay in this movie essentially destroyed his career? He's not wrong -- this movie was held up as a big blinking warning sign for awhile, not just for playing gay but for being gay. And that's sure changed, hasn't it? Sigh.
.
Who? Jason Adams When? 1:35 PM

I saw that movie when I was in the 12th grade at the theatre! me and 2 other people scattered out in the suburban Houston mall movieplex. I pretended to have a crush on Kate Jackson, but it was really all about Harry Hamlin for me... The movie spoke to me then, it speaks to me now. I think I may have to go watch it again tonight with my husband.

This is the movie that made me gay! I was 14. I bought a ticket for something else and snuck in to see this. Literally changed my life. I've been in love with Harry Hamlin ever since.

I remember standing in line to go see Making Love when it first opened here in Boston. In a packed theater, the music swelled, and when those two men kissed there was cheering and applause. Quite something for a young gay guy like me.